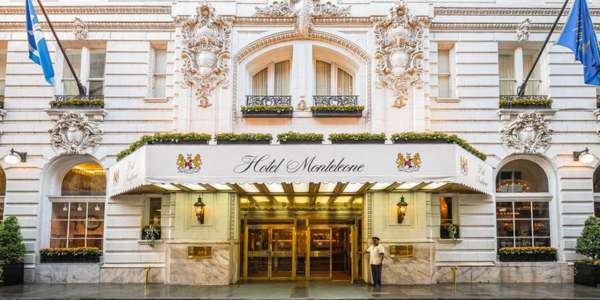 What to do in New Orleans

New Orleans is one of the most unique cities in America. With a mix of French, African-American, Creole, Caribbean, Haitian, Vietnamese, German, and Irish cultures, it's the quintessential melting pot. Whether you stay in the French Quarter or the Central Business District, New Orleans hotels have a little something to offer everyone.

People come to New Orleans for a variety of reasons, but Mardi Gras is often at the top of the list. This massive party celebrates the two weeks leading up to Ash Wednesday, culminating in what’s known as Fat Tuesday. This adults-only event attracts millions of participants and features parades, live music, and liquor. If that sounds like your idea of a good time, browse Dunhill Travel Deals’ list of hotels in New Orleans, so you can save money for the festivities.

Food is perhaps second on the list of reasons that people visit New Orleans. Creole is the most popular type of cuisine here. Most Cajun dishes feature the so-called holy trinity of ingredients – onion, bell pepper, and celery. With influences from Italy, Eastern Europe, and Latin America, New Orleans’ cuisine is truly original. Many dishes include seafood, such as oysters or crawfish. Be sure to try local specialties, such as the po’ boy sandwich and gumbo.

If sightseeing is more your game, spend your time in the French Quarter, the oldest neighborhood in the city. It features a number of restaurants, museums, music clubs, antique shops, and bars. Stroll down famous Bourbon Street to admire the Mississippi River. Better yet, take a streetcar to study Victorian mansions and colonial French and Spanish architecture. Some of the best New Orleans hotels are located in this area, meaning you'll be close to major southeastern United States attractions.

Sports fans might appreciate the Mercedes-Benz Superdome, which is located in the Central Business District. This area is also home to the National WWII Museum, the Louisiana Children's Museum, and the Warehouse District. And it’s near the French Quarter, which makes it easy to find New Orleans hotels that are close to everything you want to see.

The best way to find New Orleans hotel deals is to browse Dunhill Travel Deals’ website. We can help you find lodging in any part of town, whether you want to be near the Audubon Zoo or the St. Louis Cathedral.

For Travelers on a Budget, New Orleans Has It All

5 Places to Party in New Orleans

Foodie Getaways
Explore foodie getaways for a gastronomic adventure. Experience new cultures and feast on delicious cuisine from around the world.
Cruises from New Orleans
Find and book cruises from the southern port of New Orleans to the Caribbean on popular cruise lines like Norwegian and Carnival.
Staycation Getaways
When you live in New Orleans, staycation getaways are easy. Book hotels in the French Quarter or your favorite neighborhood.
Romantic Getaways
Stroll down Bourbon Street or the French Quarter hand-in-hand with your partner on a New Orleans hotel romantic getaway.
Spa Getaways
Hotels in New Orleans offer premium spa services to fit every need and mood, so find the service to best suit you.