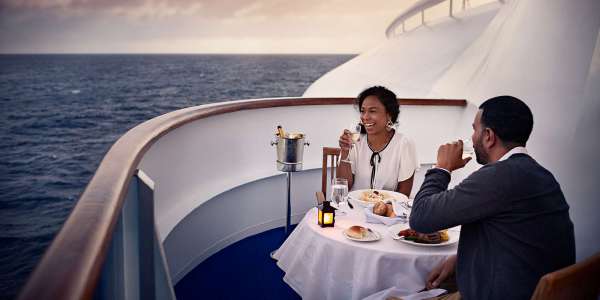 Mediterranean, Port of Barcelona
Sails June 11, 2022 from Barcelona
Sail aboard the Regal Princess on this amazing getaway to the United Kingdom, France and Italy. Book now and get up to $500 in shipboard credit and travel insurance. Enjoy sweeping views from one of more than 1,400 balconies or stroll on the SeaWalk, a glass-floor walkway extending 28 feet beyond the edge of the ship.
$649+
view deal
Crown Cruise Vacations
Book by: Jun 04, 2022

7-Nt | Rhapsody of the Seas

Explore the Old Country on a European Cruise

Nothing says luxury like European cruises. With ports in France, Germany, and the Mediterranean, you're in for an amazing dose of Old World heritage, romance, and natural beauty no matter where you go; few sights compare to the view of European ports from your cruise ship balcony or window.

You can find great deals on European cruises to England, Spain, France, Italy, and the Mediterranean with Dunhill Travel Deals. Before you know it, you'll be relaxing on a romantic gondola ride in Venice, touring castles and medieval fortresses in London, or shopping at the chic seaside resorts in the French Riviera. Choose a cruise line that hits Barcelona to browse the medieval Gothic Quarter's tapas bars and cafes, or cruise to Paris and tour the Opera House. There are numerous historic sites sprinkled throughout Naples as well, including its renowned city center, a UNESCO World Heritage Site.

There are many unique sites to see in Europe, and the best European cruises expose you to as much of the grandeur as possible. Choose a cruise line that explores the wonders of the Netherlands, such as Amsterdam or Kinderdijk, or book a cruise to the quaint, picturesque cities of Germany, like Heidelberg, which has more than 70 palaces along Castle Road!

Or you could find a river cruise with a port stop in Basel, Switzerland, which houses a variety of museums, galleries, and small theaters. Other cruises set out to explore distinctive cultural happenings in areas of Budapest, Hungary; Vienna, Austria; or Athens, Greece, just to name a few.

Couple these once-in-a-lifetime cruises with elegant hotels in Europe, and you’ll have a vacation complete with rich history, classic architecture, savory food, and blissful rejuvenation. So what are you waiting for?

Read More about Cruising in Europe

Tips on Selecting Your Italy Cruise

Choose the Best Europe River Cruise for You