Binge Watch the Best Travel Shows On the Web

Those who travel a lot know how hard it can be to keep up with their favorite shows. Luckily with internet in most hotel rooms, something is always available to watch online.  The only trouble can be picking what to watch.  Here are five of the best travel shows and where you can find them. 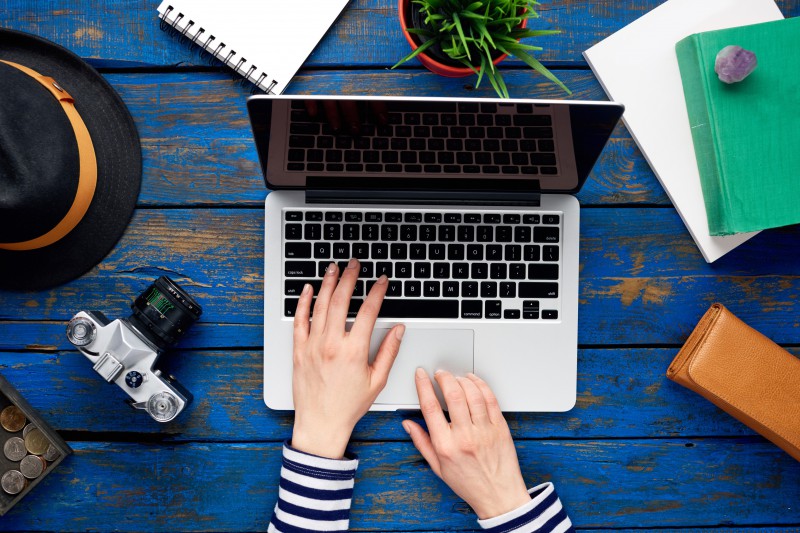 This is a show about two friends (three if you include the cameraman) who drop everything to travel the world for a year.  The show is really more about the journey rather than the destination.  Unlike in most travel shows, Scott and Justin stay in each destination for weeks at a time.  This gives them a chance to really see the world off the beaten path.  Many of their destinations don’t have much of a tourism industry so they are forced to find their own way around.  Ascension Island is so far off the map the only way to get there is by military cargo plane.  Though the show highlights many of the upsides to travel, it also reveals some of the problems one may face while traveling the world.  One particularly gloomy moment involves one of the hosts being dumped due to his inability to find internet and email his girlfriend.  Some episodes are much better than others but start at the beginning to see how a year of travel noticeably changes the hosts.  Though this show’s last season aired in 2010, it is definitely a classic and one we’d recommend binge-watching on Netflix this weekend. There are three seasons for you to watch and enjoy.

In what amounts to an elaborate prank, comedians Ricky Gervais and Stephen Merchant (the original creators of “The Office”) send their dim-witted and closed-minded friend Karl on a trip around the world.  While he is seeing amazing sites, the producers do their best to make the journey as miserable, and hilarious for viewers, as possible. Karl’s deadpan observations about other cultures and traditions consistently cause uncontrollable fits of laughter from Ricky Gervais. Despite all of this, Karl marches on as the world’s most reluctant tourist. The first episode is essential viewing for the premise of the show, but after that you can pick whatever destination you please. If you missed the original airing of the show from 2010 to 2012, not to worry. You can catch up on all the fun of this one on Netflix.

Up To 50% Off Bermuda Hotel Rates

Hyatt Ziva Riviera Cancun All-Incl. | Save Up To 20%

Long before this was an HBO show, the website Vice has had a long-running series of videos where they travel to some of the most dangerous places on earth.  In a nutshell, this is a travel show about all the places you don’t want to go such as Liberia and North Korea. They often interact with some very shady and dangerous characters, which may be shocking to the average viewer.  Subjects include an ex-cannibal general and quite a few different drug lords.  Almost all the episodes are jaw-dropping and eye-opening, but the one that put Vice on the map was The Vice Guide to North Korea. For more current day action, tune in and watch the Emmy-winning show VICE on HBO, created by the same producers. On Fridays at 11 p.m., you can watch as the show takes audiences to places like Yemen, Iran and Syria, among many others as they show you the true effects of global politics.

Available on Vice.com & on HBO

By now, Anthony Bourdain has had quite a few travel shows.  His most recent offering goes deeper than he’s ever gone into not just food but into the destinations and stories of the people he meets.  Bourdain’s modus operandi is to arrive at a location and grab some food and a drink (or six) with the locals.  This series, which first aired in 2013, has a much larger production crew than his previous ventures. Beyond the cuisine, Parts Unknown offers lots of insight into the history and culture of the areas he visits.  Bourdain, being both a writer and a chef, can wax poetic about the most strange and unappealing foods around.  If you want to know how the locals really eat and live around the world, this is the show to watch.

Available on Netflix & on CNN

Actor Ewan McGregor and a longtime friend decide to circumnavigate the globe on motorcycles.  They choose to video the entire process, including the organization of the show and sponsors.  This is a one-of-a-kind travel show that documents how a world-famous actor (Star Wars: Episode I had just been released) travels while being recognized in the most remote of places.  The show goes to great lengths to show just how difficult it really is to film something of this nature, as the paperwork and planning seem to take as long as the journey itself.  They set out to cover over 20 thousand miles in just 115 days: can it be done?

What to Do With Your Tax Refund