The Sad History of Montserrat

The Caribbean island of Montserrat is a tiny overseas territory of the United Kingdom located in the Leeward Islands northwest of Guadaloupe. Like its sister islands of St. Kitts, Barbuda and Antigua, it is a Paradise of lush hillsides, white beaches and coconut palms with ideal suntan weather all year long. Or, it was. But what happened to Montserrat?

In the sixties and seventies, Montserrat was a tourist destination like the other Leeward Islands, frequented by sun worshippers, scuba divers, sailing yachts and pop stars. In fact, the Beatles’ manager George Martin established a recording studio there in 1979, bringing even more tourists and musicians. Many thought they might catch a glimpse of famous recording stars somewhere on the tiny island.

Montserrat’s hard times came not from the human element, but from the natural elements. Mother Nature gave the island a one-two punch beginning in 1989 with a direct hit from Hurricane Hugo. The eye of the storm passed over the center of the island early in the morning on Sunday, Sept. 22, 1989, and the winds raged for 14 hours. Wind speeds were recorded at 145 mph, with gusts up to 180.

Twenty percent of the buildings were completely blown apart and all electricity and communications were lost. Nearly every structure on the island suffered damage, ten lives were lost and the hilltop water tanks blew over and rolled down the mountains, leaving islanders with no fresh water. More than 2,500 people became homeless. Water-borne diseases took many more lives in the following months. 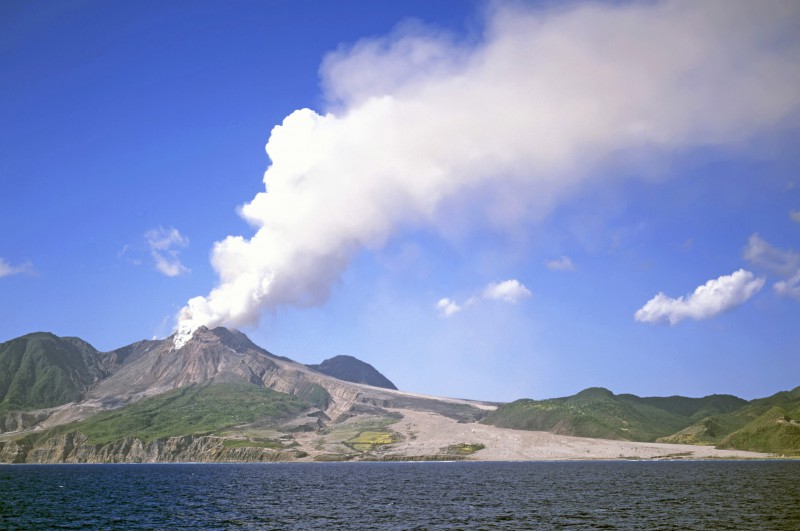 As if this were not enough, six years later, tragedy struck again before the island had time to completely rebuild. In 1995, the monster volcano in the Soufriere Hills came to life after lying dormant for more than 500 years. It suddenly began to spew ash, rocks and toxic gases into the air. Small eruptions continued, with occasional bursts of pyroclastic flows (rushing currents of hot rocks and gases) that made life in the volcano zone extremely perilous.

In just two years the volcano’s massive eruptions had covered the capital city, Plymouth, with nearly 40 feet of hot mud and ash. What wasn’t buried was burned. The airport and the docks were completely ruined. Luckily, most people had already been evacuated under the threat of a major eruption. When the volcanic activity subsided, only rooftops and church steeples extended upward through the gray dirt. 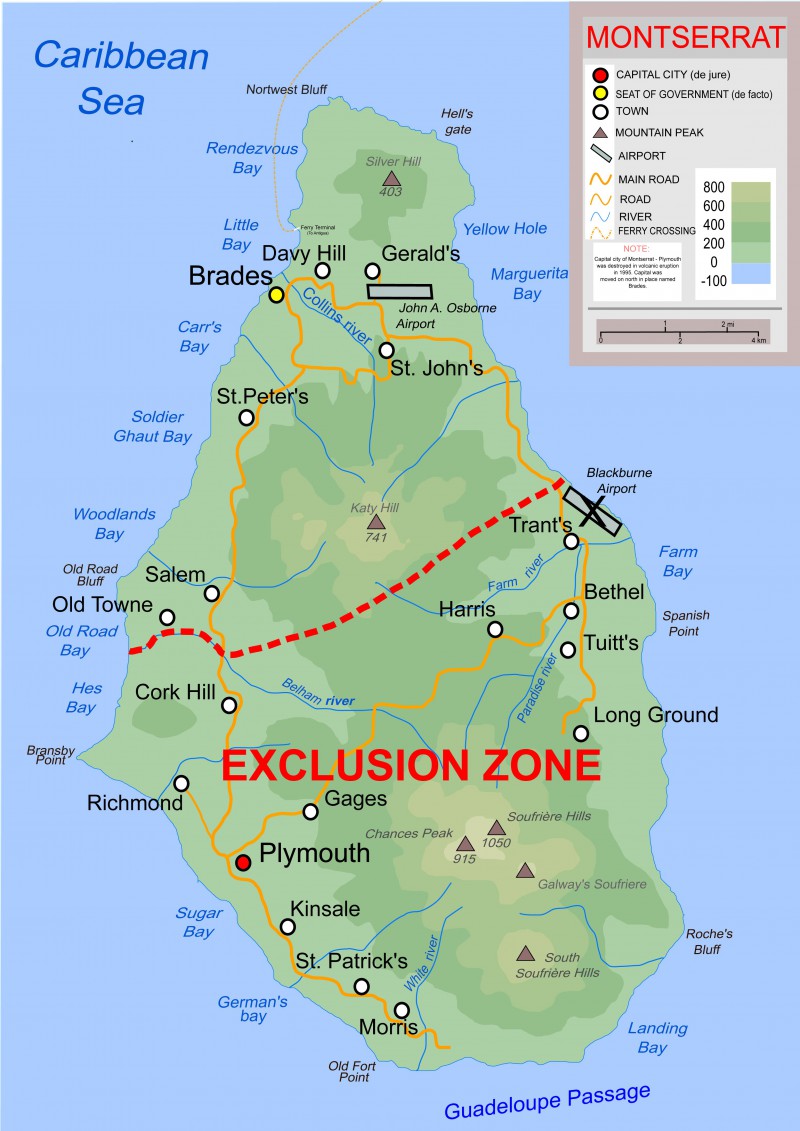 Two-thirds of the population fled the island to find new homes after the government proclaimed the city and surrounding areas “uninhabitable.” The tiny island Paradise, once home to nearly 12,000 people, was a burnt-out wasteland over the southern two-thirds of its territory and just a few thousand inhabitants were left. With all of those islanders gone, tourism died as well.

The story of Montserrat isn’t quite finished. Although it is still too dangerous (and prohibited) to enter the exclusion area, the northwest corner of the island is thriving. This area was unaffected by the volcanic activity and remains lush and green. The population, as of 2012, had grown to nearly 5,000 people, and ferry service was established between Antigua and Montserrat. A new airport, Gerald’s Airport, opened in 2005 and two airlines offer service from Antigua.

As tourists start coming back to Montserrat, they are intrigued to see the destruction in the volcano-ruined areas. Day trips to the Montserrat Volcano Observatory provide views of the smoking mountain and the desolation surrounding it. For beach lovers, Montserrat has just one gold sandy beach, but it is a beauty. Rendezvous Bay is a perfect crescent of sand sloping down to aqua-clear water. It is a favorite haven for swimming and snorkeling, accessible via a steep trail from Little Bay or by boat.

Staying on Montserrat requires some advance planning, as there aren’t many large hotels. There are many charming bed and breakfast inns with friendly, knowledgeable hosts. For other entertainment, there are hiking trails criss-crossing the safe zone, some with amazing views of the ocean from rocky cliffs. It is a mountainous island, so be prepared for the ups and downs.

The future is bright for the tiny island. The Montserrat Development Corporation, an agency of the government, is the lead developer of the Master Plan for the Little Bay area of Montserrat. Long-term objectives are to build a new capital town for Montserrat to replace Plymouth, construct a new port and cruise terminal and create a range of tourist facilities, including a marina, hotels, villas, and condominiums. Keep this destination in your sights; Montserrat will be back.

Ground, she movin’ under me.
Tidal waves out on the sea.
Sulphur smoke up in the sky.
Pretty soon we learn to fly!
Let me hear you, now
I don’t know, I don’t know where I’m a gonna go
when the volcano blow.
— Volcano, by Jimmy Buffet, recorded in Montserrat in 1980.

Part 2: Add “The Azores” to your Bucket List & Check it Off for Cheap!