Fascinating History and Legends of The Galapagos

Six hundred miles to the west of Ecuador lies a cluster of 18 islands with a population of 27,000 people and some distinctive wildlife. It’s the animals, Darwin’s proof of evolution, that attract visitors by the thousands. They come by boat and plane with cameras and curiosity to see blue-footed boobies, hideous-looking marine iguanas and gigantic tortoises that live to be 150 years old.

These are the Galapagos Islands - not Paradise by any means - but dry, craggy remains of ancient volcanoes. Here are five things you may not know about the Galapagos.

The islands are named after the tortoise, not the other way around.

The word “galapagos” is an ancient Spanish word meaning tortoise, and was used in the first map of the islands in 1570. There is some speculation that the ancient word also meant “saddle,” and referred to the shape of the giant tortoise’s back. But let’s let the linguists argue about that (it’s a lively discussion online). 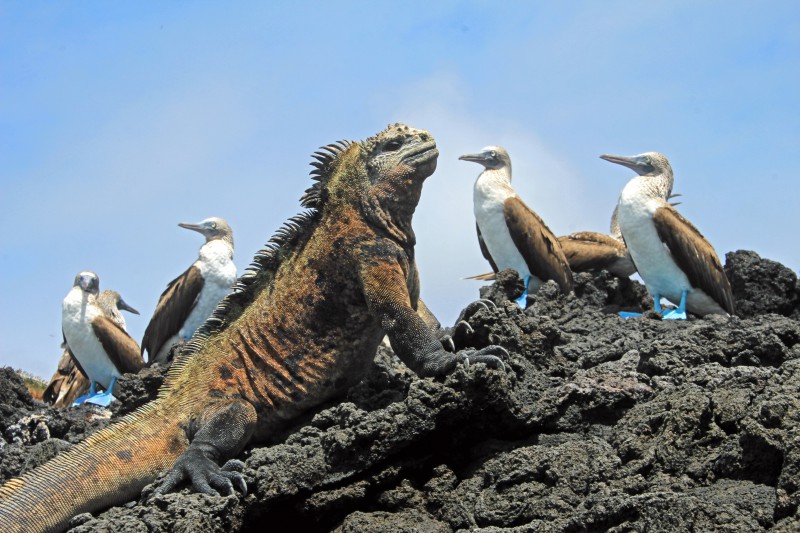 Pirates used the islands as a hideout in the 16th and 17th centuries.

The islands were discovered by accident in 1535 when the Bishop of Panama ran into them – literally - on his way to Ecuador. The first pirate to set foot on the islands was probably Richard Hawkins, a well-known British Buccaneer. His band of men preyed on Spanish ships sailing to America from Spain, and The Galapagos were a convenient stopping place in the middle of the Pacific. The pirates buried their loot here, found a tiny stream of fresh water and ate tortoise meat.

Another famous pirate was Alexander Selkirk, a Scottish privateer who was marooned by his captain on a nearby island for four years and survived. He was taken by his rescuers to the Galapagos Islands, and his story became so well known, it lived on in a novel by Daniel Defoe, called Robinson Crusoe. Yes, he was a pirate.

There are penguins here!

It is the only place in the world north of the equator where penguins live. The Galapagos penguin is the smallest of the South American penguins, and there are currently fewer than 1,000 breeding pairs. Populations are restricted to the western islands of Fernandina and Isabella. About 20 years ago, El Niño events started diverting water currents and the penguins’ main food source away from the islands, causing starvation to kill around 70% of the penguins. They have not completely recovered and are now classified as endangered.

It’s the site of an unsolved murder mystery dated 1934.

The complex story resulted in three dead and two missing residents of Floreana Island, and was named the “Galapagos Affair.” It was an international scandal of sex, murder and betrayal. A married doctor, Friedrich Ritter, and his married mistress (his patient) set up a homestead on the island and soon were joined by a family named Wittmer. The next arrival was a flamboyant Baroness, Eloise Wagner-Bosquet, accompanied by her two young lovers.

Rivalries among the residents and between the young suitors soon set off a series of events that led to the disappearance of the young Baroness and one of her lovers. Others on the island said they had fled to Tahiti, but they never showed up there, and left all of their belongings on Floreana. Shortly after, the body of the other lover, along with his traveling companion, showed up on a distant island with no explanation of how they got there or how they died, and the doctor was poisoned – possibly by his estranged wife. If you think these mysteries will be solved, it is unlikely. The last surviving participant, Margret Wittmer, took her secrets to the grave in 2000.

You can take a luxury cruise ship to the islands.

Since activities on the islands are carefully regulated by the Galapagos National Park Service which manages the park, everybody must stay on the marked trails, carry out everything that’s carried in, and follow a licensed park guide. The difference in taking a luxury cruise is your experience before and after the blue-footed boobies and giant tortoises. 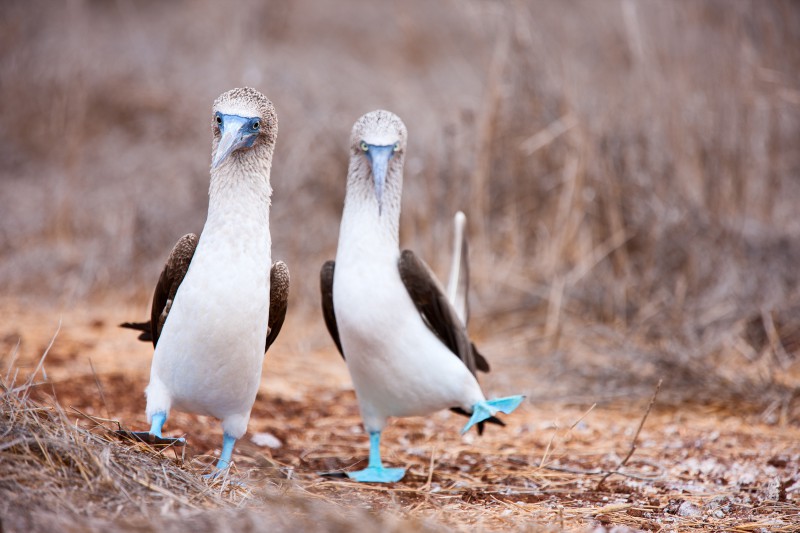 There are many small luxury yachts and catamarans offering cruises to the islands. These include the Sea Star Journey, the Galapagos Sky and the luxurious catamaran, the Cormorant. Small cruise ships include National Geographic’s Evolution and Celebrity Cruises’ Flora, Xperience, Xploration and Xpedition. Read more about Celebrity Cruises’ Galapagos programs here.

So, if you are venturing toward South America for vacation, be sure to schedule a stop in these intriguing islands. Be warned that the excursion will not be cheap, but it will be immeasurably enriching.

Cancun for the Adventurous