What's So Special About Cozumel?

Located 12 miles off the eastern coast of Mexico’s Yucatan Peninsula, the tiny island of Cozumel is just 11 miles wide and 34 miles long. It sits at the same latitude as Havana, Cuba and the longitude of Mobile, Alabama. Geologically speaking, it is the oldest island in Mexico and has a long history.

The Goddess of Fertility 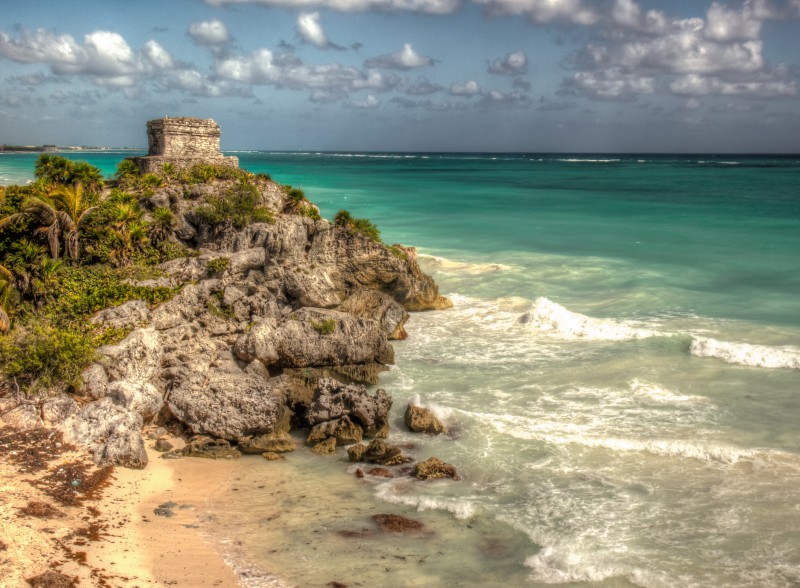 The ancient Olmec civilization inhabited Cozumel before the Mayans got there, and Olmec artifacts from around 1500 BC turn up now and then. But the Island’s earliest claim to fame belongs to the Mayan Moon Goddess, Ix Chel. Known as the Goddess of Fertility, she inspired pilgrimages by women wanting to have children, and several Mayan temples were built in her honor in the first century AD.

Although the Mayan population thrived and swelled to around 10,000 inhabitants on Cozumel (thanks to the goddess, no doubt), by the 1500s explorers from Europe began to arrive, bringing with them smallpox, pirate attacks and forced removal. In 1570, there were just 186 native men and 172 women left alive on Cozumel.

Once Spain lost interest in Cozumel as a territory to conquer, it simply used the island as a port for its ships. Unlike much of the Yucatan Peninsula, Cozumel has a deep water port. There is no place to dock a cruise ship in Cancun, for example. With ships anchoring just offshore, the city of San Miguel grew in importance, and up until the 17th century, the inhabitants of Cozumel continued to supply Spaniards with food and water for their ships. When pirate attacks became too common and too costly, many inhabitants moved inland. Cozumel became quiet.

San Miquel was recognized by the Mexican government as a municipality in 1849. Around that time, entrepreneurs in the U.S. were trying out a new product on the public: chewing gum. Originally made with spruce gum, the new treat was improved by the use of chicle, the gum of the Sopadilla tree grown primarily in the Yucatan. In 1893, William Wrigley started manufacturing Juicy Fruit and Spearmint using chicle from the Yucatan. It was wildly popular.

There were a few problems with getting chicle from Mexico. First, the company needed a deep water port. Cozumel had that. Then, with the arrival of Mexican officials and American buyers, the gum trade needed a hotel. In 1924, the first hotel, the Gran Hotel Louvre, opened on Cozumel, followed by several others. So the tourism industry in Cozumel began, all because of chewing gum. 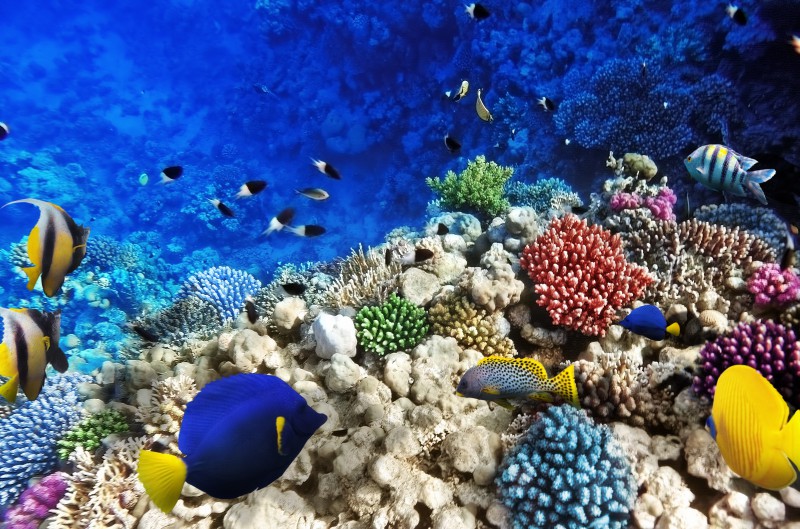 Just off the southwestern coast of Cozumel is the second largest coral reef system in the world, the Playancar Reef.  The water is deep and clear, and the variety of undersea creatures is incredible. When tourists began to come to Cozumel, among them was a scuba diver named Robert Marx. He arrived in 1957 to film underwater promo films for Pan American Airlines, but he decided not to go home when he was done.

Rent and food were cheap, and he saw an opportunity to use the Hotel Playa as a base of operations for a tour-guide/diving business. Because steak was just .20 a pound, and house rentals just $30 a month, Cozumel became a dive destination.

Today, Cozumel is a favorite tourist stop for cruise ships, and a world-famous diving and snorkeling center. The primary city of San Miguel is home to many restaurants with a variety of native and international cuisines, along with several bars, cinemas, and outdoor stages. The main plaza is surrounded by shops and in the middle of the plaza is a fixed stage where Cozumeleños and tourists celebrate on Sunday evenings with music and dancing.

While the first visitors craved fertility, and the next wave wanted better chewing gum, present-day visitors come for the coral reef, the year-round sunshine and the warm friendliness of the people.

Costa Rica Vacations and eco-tours in a land of adventure

10 Reasons to Visit Antarctica This Year