A Historical Romp Through England

From the Wars of the Roses to the execution of Anne Boleyn, England’s fascinating, and sometimes sordid, history is still visible across the country. What was once a small province ruled by the Roman Empire, became the greatest power in the world and held the most overseas territories of any country in history. These historical landmarks have been preserved for hundreds, and sometimes thousands, of years, and now attract visitors from all over the world. Today, you can visit castles, ruins, and sites dating back to times kings and queens ruled with iron fists. 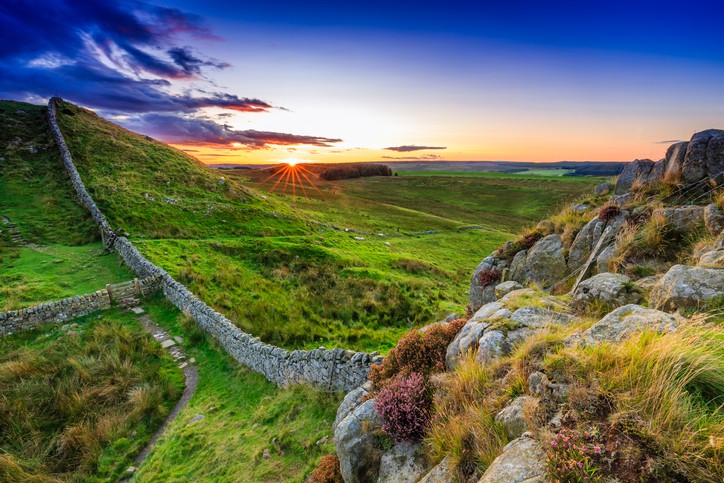 Almost 2,000 years ago a 73-mile wall was erected at the order of the Roman Emperor, Hadrian. It runs coast to coast across Northern England, creating a barrier to, according to findings, to keep "intact the empire".  It took about six years to complete yet the actual purpose for the wall's construction is debated by scholars, whether it was for protection, power, control, or other theories. Over the years, parts of the wall were dismantled in order to use the stones in new construction. Today, the wall is a UNESCO World Heritage Site with many sections of the original structure intact.

Built in 1068 by William the Conqueror, this castle was home to the powerful Warwick family for centuries. Its most notable inhabitant was Richard Neville, known as the “Kingmaker” for his part in the Wars of the Roses (it didn’t end well for him). Today, you can tour the castle and see the dungeon, trebuchet, and living quarters of the Countess of Warwick from the 19th century. 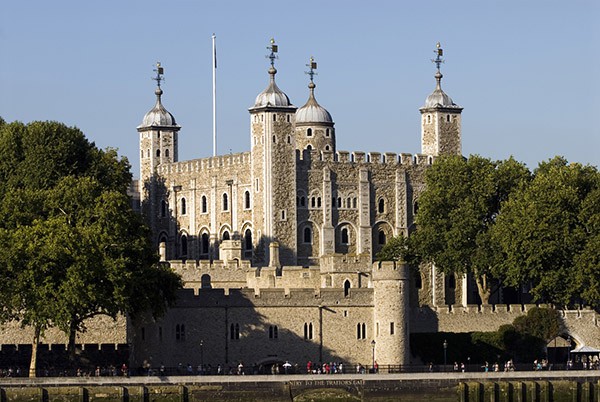 Comprised of several buildings, the Tower of London has had a prominent place in England's History. The White Tower, built by William the Conqueror in 1078, is the strongest and oldest of the buildings. The castle has worn many hats over the years, serving as the Royal Mint, an armory, public records office, grounds for the Royal Menagerie, former home of the priceless Crown Jewels, and most notably, as a prison. In this role, it became the site of over 120 executions to including the Earl of Warwick and the infamous Anne Boleyn, accused of treason against Henry VIII. Some say her ghost still walks around the White Tower.

In 2019 there were about 2.9 million visitors to the Tower of London. If you visit, be on the lookout for the ravens. Legend states the kingdom and Tower of London will fall if the six resident ravens, considered guardians of the castle, lever eave. While this legend says six, there are seven birds (the required 6 + 1 to spare!) that live in the tower and are cared for by the Ravenmaster.

This small market town north of London has only around 27,000 inhabitants yet sees over 2.5 million tourists a year. The quaint and humble Stratford was founded over 1,000 years ago and seems to have been frozen in time with its cobblestoned streets and old village inns serving authentic British food. Its rise to popularity and even fame arose after playwright William Shakespeare became a household name.

During your tour of the town, stop to see the five residences of Shakespeare and his family. Tudor World, a local museum, offers a unique interactive walking tour every week where you can walk alongside a Shakespeare impersonator, providing an in-depth history of Shakespeare's life and many works. 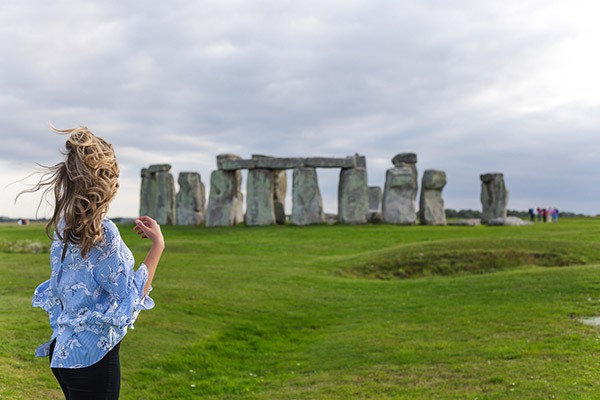 The oldest, and perhaps most iconic site on this list, Stonehenge dates back to 3000 BC. The prehistoric ring of stones located in Wiltshire stands 13 feet high and 7 feet wide; each weighs about 25 tons. A modern mystery, scientists still can’t figure out how it got there or why. Theories about this structure's purpose include a burial ground and meeting place. Today, tourists can visit this UNESCO World Heritage Site and perhaps unlock the mystery of this awe-inspiring stone circle.

Chatsworth House was built by Beth of Hardwick in the 16th century, the richest person in all of England, after the queen of course. This spacious castle situated on a river offers breathtaking views of the surrounding lush forests. Though still inhabited by the Devonshire family, daily tours of some of the castle's many rooms are available. Because of the massive size of this house, the residing family hardly ever see any tourists. Lucky visitors may get a glimpse of a family member or two enjoying a stroll through the gardens. The entire 35,000-acre grounds include parks, estates, and properties in the nearby village.

Find a Vacation Deal in England