Africa: The Conservation of a Continent

Africa: Protecting the Wilderness of the Continent

The continent of Africa looms large in the imaginations of adventurers around the world. Images of sleepy lionesses, towering giraffes and huge migrations of galloping wildebeest create a picture of the earth in its youth – a collage of desert sands, flooded savannahs, and thundering waterfalls. These wild landscapes are protected by large game reserves and national parks, in the hope that the character of Africa can be kept as it is for as long as possible.

The Best National Parks in Africa

There are more than 50 national parks on the continent protecting its enormous biodiversity. Virunga National Park, the first in Africa, lies within the Democratic Republic of the Congo. It features the world’s largest volcanic lake along with rain forests, glacial mountain peaks, swamps, and savannahs. With all these ecosystems, it’s no wonder this park has a wide variety of animals and plants, but the most precious is the nearly extinct – and fiercely protected – mountain gorilla. 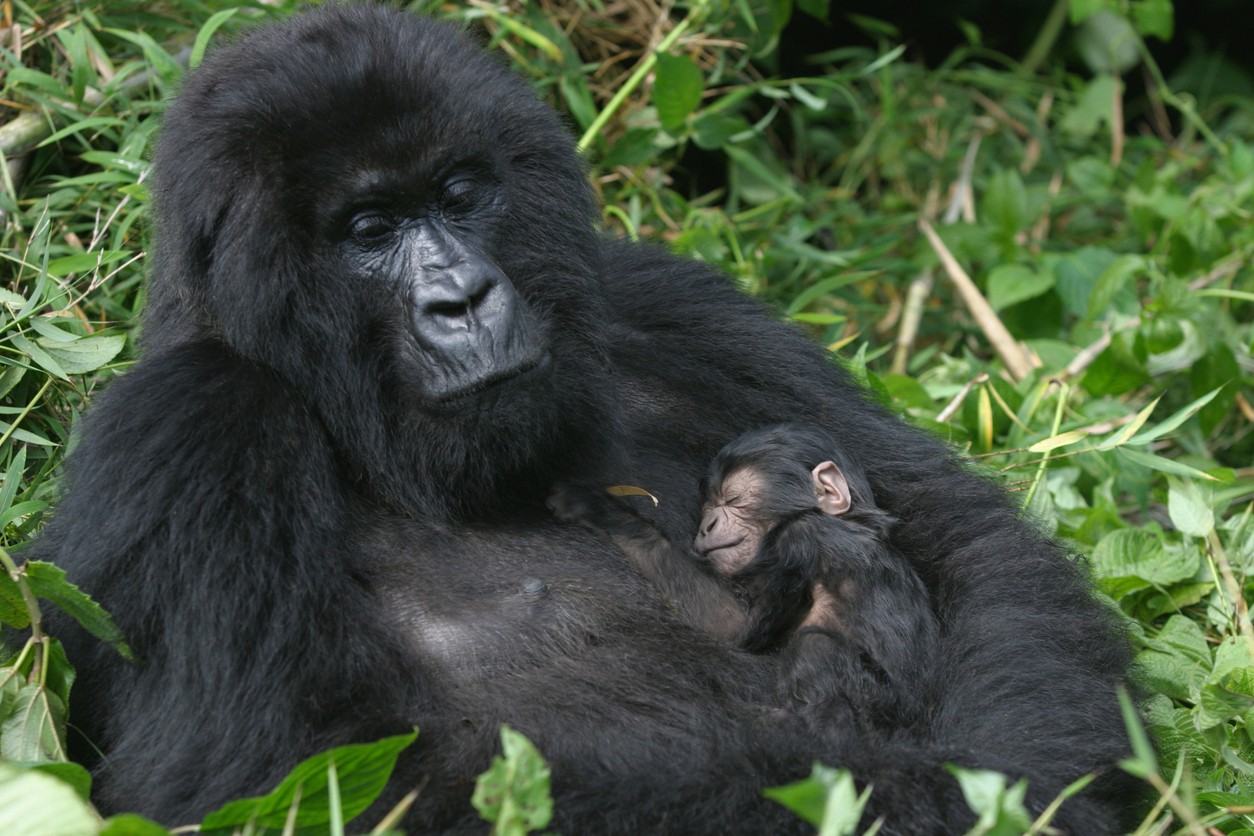 The most famous of the parks is the Serengeti National Park in Tanzania. Known for the annual spectacle of the great wildebeest migration, this park hosts more than 6 million of these antelopes on the move between dry grasslands and flooded plains. Moving right along with them are the lions and cheetahs that feed on the migrating beasts.

The Ngorongoro Conservation Area, also in Tanzania, is just southeast of the Serengeti. It protects the natural resources and indigenous peoples of the Ngorongoro Crater, the world's largest inactive, intact and unfilled volcanic caldera. Here, you can see flamingoes, zebras, blue wildebeest, cheetahs, and occasionally, lions. There is a Maasai village within the crater, and for a price, tourists can be escorted into the homes and schools of the Maasai people. 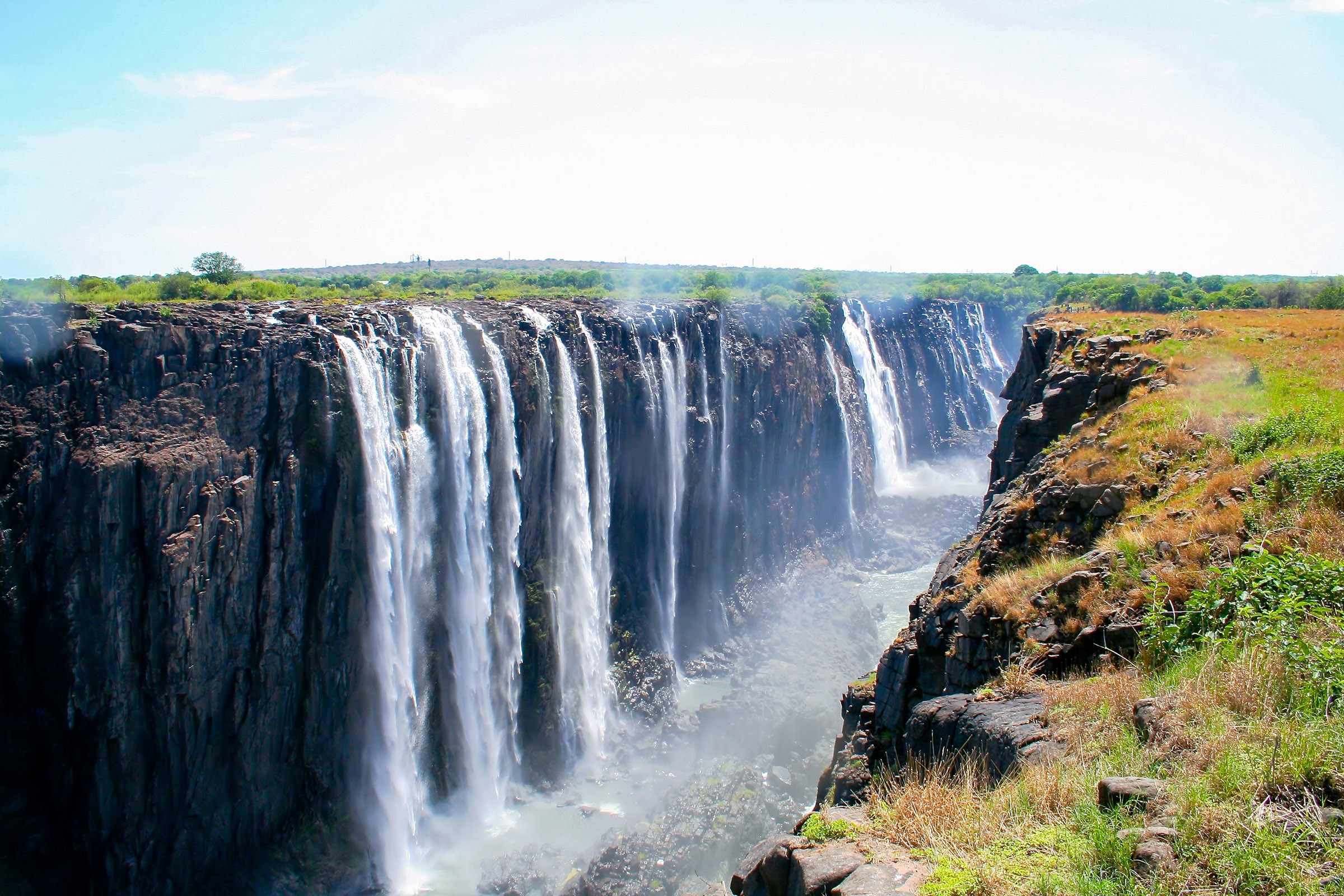 Moving south on the African continent, you’ll find two small National Parks protecting Victoria Falls, the largest sheet of falling water in the world. The falls is part of the Zambezi River and lies on the border between Zambia and Zimbabwe. It is more than a mile wide and 360 feet tall, twice the height of Niagara Falls. Locals call the falls, “the fog that roars,” describing the sound the Zambezi river makes as it plunges into the deep, narrow gorge. This has become an activity center offering dare-devil pursuits like bungee jumping, wild white-water rafting, and heart-stopping helicopter rides. 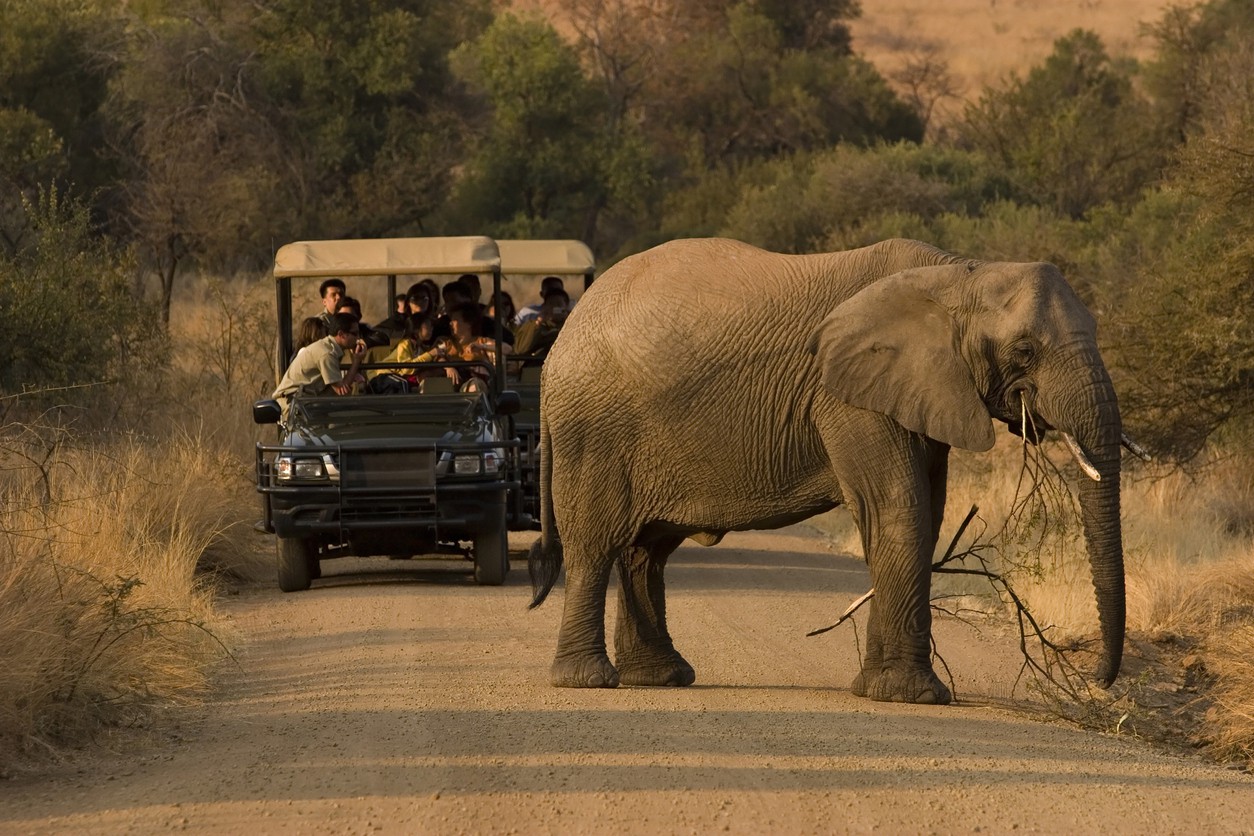 Where to Go on Safari

Part of the allure of Africa, especially in central and southern locations, is the possibility of seeing rare and endangered animals. Safari tours are a popular pastime for visitors and present an opportunity to see some of the “Big Five” mammals protected by wildlife conservationists: African elephants, black rhinoceros, cape buffalo, lions, and leopards. Plan a safari with an experienced tour operator in one of the national parks of Namibia, Kenya, or South Africa.

The arid, white landscape of Etosha National Park in Namibia makes an amazing backdrop for animal sightings, especially around the waterholes. Etosha National Park has herds of some of the largest elephants in Southern Africa and is famous for its significant numbers of endangered black rhinos. Giraffes, zebras, and antelope also congregate at the waterholes. You can find accommodations in hotels, lodges, and even treetop camps where travelers can truly experience the wonder of the bush. 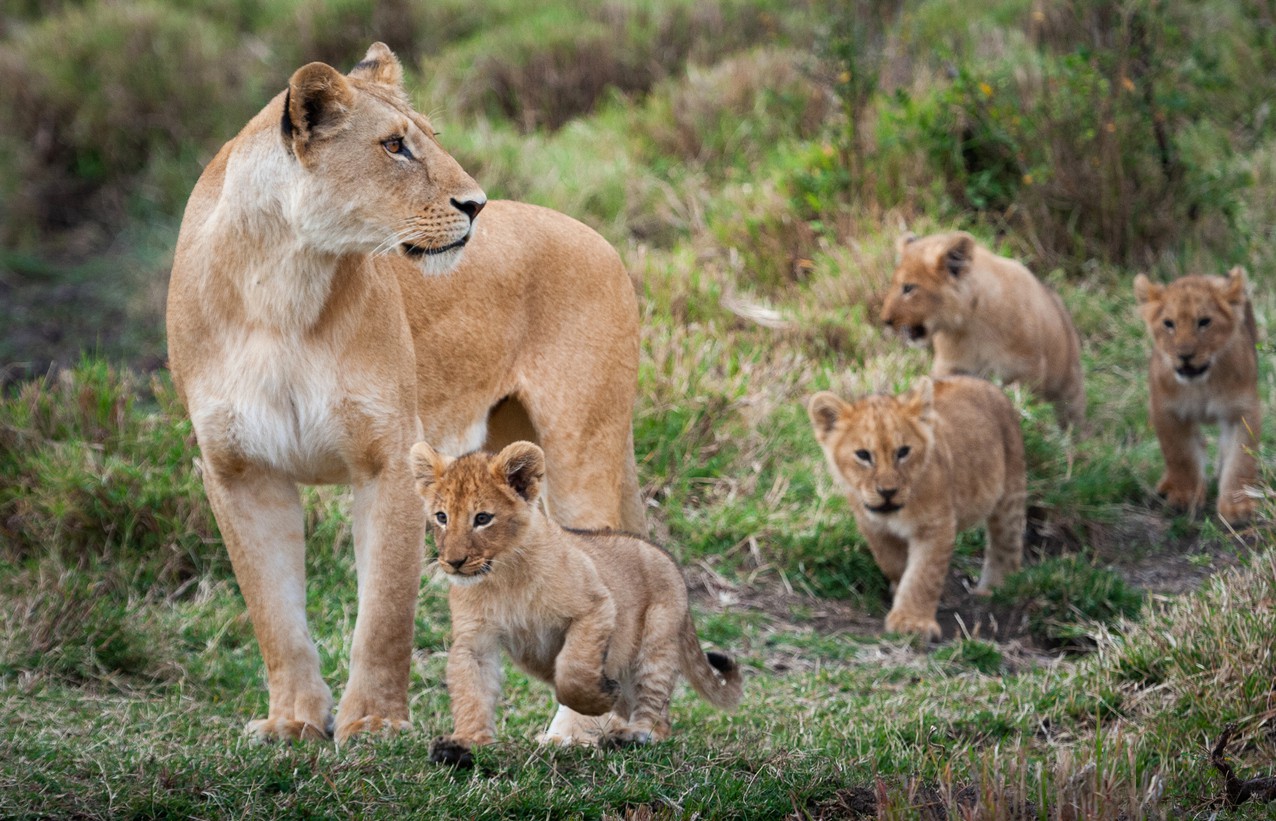 Masai Mara Reserve in Southwest Kenya is a top safari destination, and part of the Serengeti ecosystem of Tanzania. Accommodations within the reserve consist of “tented rooms” and “tented suites,” most with indoor baths and outdoor or open-air dining. A variety of safari activities are offered at each camp, giving you the experience of seeing and hearing the surrounding wilderness. Think of dining at the edge of a vast grassland dotted with buffalo and zebras.

For more sightings of wild animals, plan a visit to Kruger National Park in northeastern South Africa, one of Africa’s largest game reserves. The vast wilderness of mountains, bush plains, and tropical forests hosts hundreds of species of mammals as well as a rich variety of birds, including vultures, eagles, and storks. Safaris in this park offer accommodations in treehouses, tents, and luxury lodges. There are sunset drives, bush walks, excursions with armed rangers, and some affordable options. Brave travelers can schedule a self-drive safari in the park or try a mountain biking tour.

Once the province of big game hunters, the continent has been protected by wildlife conservationists who established these parks and continue to safeguard the unique ecosystems of Africa. Their passion and perseverance are needed now, more than ever, to keep the elephants, lions, rhinos, and gorillas from vanishing in the wild.

The Ins and Outs of All-Inclusive Vacations