This article is dedicated to the travelers who visit Oahu and wish to do more than sit on the beach at Waikiki. It is a beautiful strand of gold sandy beach, with the iconic silhouette of Diamond Head as an imposing backdrop. It is a fine place to spend an afternoon or evening, or just to walk along at sunset. But for those travelers who want to mix in a little history, geology, natural beauty and maybe a hillside hike above the blue Pacific, here are five not-to-miss sights of the island that won’t blow your budget: 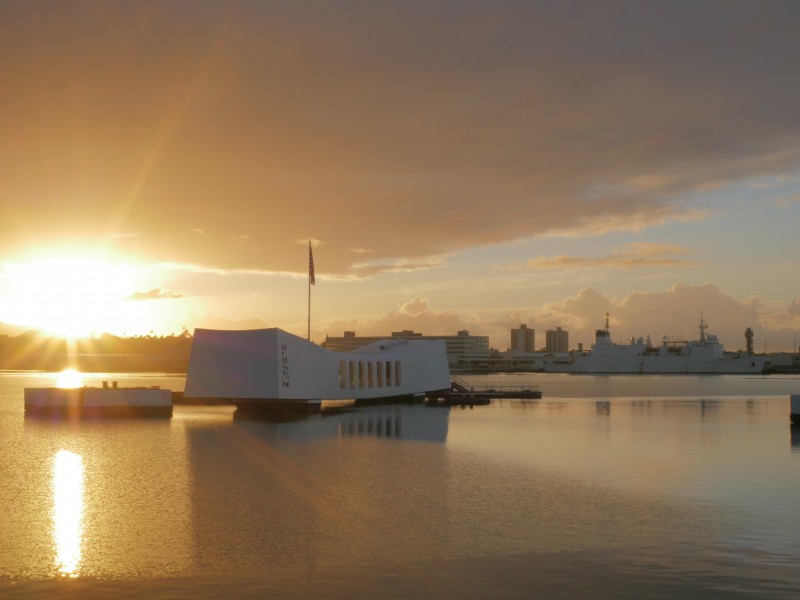 Your vacation in Hawaii will probably begin and end in Honolulu, the largest city in the islands, and home of the largest airport. The Naval Base at Pearl Harbor, just northwest of the city, was decimated by Japanese bombs on Dec. 7, 1941, a date that “lives in infamy.” Early on that Sunday morning, 183 planes from Japan attacked the nearby airfields and then dropped bombs on the battleships, destroyers and support ships anchored at Pearl Harbor. During the air attack, a 1,760-pound bomb was dropped directly into the forward magazine of the battleship USS Arizona. Massive explosions and fires killed 1,177 men aboard the ship. The ship sank to the bottom, where it now rests along with the remains of the sailors who lost their lives.

The memorial building floats above the stricken battleship, which can be seen below in the murky water. Drops of oil still leaking from the hull are said to be the tears of the ship for so many lost lives. Visiting the memorial is an emotional and sobering experience. The first stop is the Visitors’ Center, with a film explaining the attack and the sinking of the ship. Then a short ride aboard a Navy shuttle boat takes visitors to the marble memorial building, floating over the remains of the ship. The time to visit is early morning, and getting tickets online in advance is advised. The tickets are free, but limited in number. Check your hotel concierge for shuttle information, or take a bus tour that includes the memorial. Note: Do not take any bags, large purses, or backpacks. Security will ask you to leave these items in lockers for a fee. 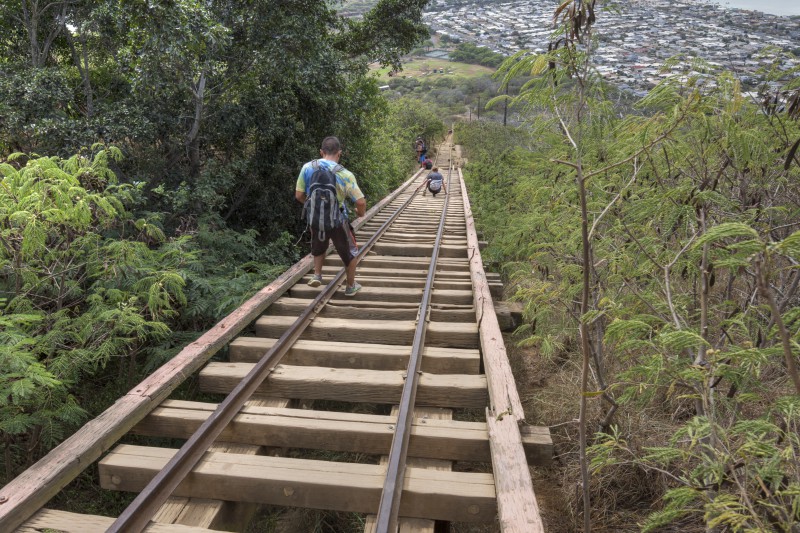 Koko Head Crater is one of three craters on the island of Oahu. The trail to the head of the crater is challenging, to say the least. It consists of over 1,100 railroad ties and one small bridge that head straight up from sea level to 1,100 feet. It is grueling, even for the young and the fit. Going up will test your thighs and going down will test your knees. There is no shade along the trail, so early morning is the best time to climb. Bring water, sunscreen, a hat, snacks and your camera. There is no need for heavy hiking boots, but do wear sturdy, supportive shoes. If you are thinking this is not worth it, the reward at the top is a spectacular, 360-degree vista of the Hawaiian Islands and the Pacific Ocean. Even though your legs will remind you of this hike for days, the photos from the top will be your badge of accomplishment. The view is undoubtedly worth the climb.

Alternate for this hike: If your legs are burning just reading about this hike, try a visit to the Dole Pineapple Plantation instead. It’s a fun tourist attraction about 40 minutes from Waikiki, with the world’s largest maze, a train ride, a garden tour and a large gift shop with all kinds of pineapple-flavored confections, including ice cream. There is no admission fee, but each attraction has a small ticket cost, with combinations available.

A Tale of Two Cabos