This article (Part 2 of our series) is dedicated to the travelers who visit Oahu and wish to do more than sit on the beach at Waikiki. In Part 1, we described the Arizona Memorial at Pearl Harbor and the Koko Crater Hike, one of the most challenging hikes you’ll ever love.

Here are three more not-to-miss sights of the island of Oahu, Hawaii that won’t blow your budget: 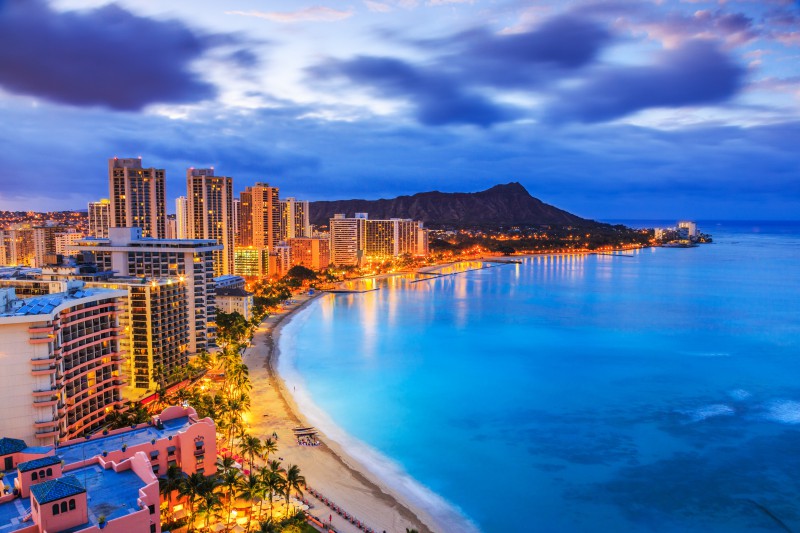 Are we hiking again? Yes! This trail is very popular and not as taxing as Koko Crater. A fee of $5 per car is charged for parking, or $1 per person for hikers. It takes less than one hour to hike from the parking lot to the top, at an elevation gain of just 560 feet. Along the way, you’ll traverse the steep crater wall on switchbacks, climb a flight of stairs, then enter a lighted 225-foot tunnel. At the summit, there is an old navigational lighthouse and the remains of military bunkers. Also at the summit, there is a sweeping view of the southwest coast of Oahu from Koko Head to the east, down to Waikiki just below you. This is what you came to see. You won’t be disappointed.

We can’t leave Oahu without one more hike. This one is paved! Don’t be tempted to rent mountain bikes, though. They aren’t allowed on any of these trails. The Makapu’u Point Trail doesn’t actually go to the lighthouse, but offers views of the lighthouse, the windward coast and the offshore islets. During the winter season, humpback whales can be seen from the trail, following their migration route. The trailhead is near the southeasternmost point of Oahu, and rises from the parking area gradually along a ridge. It is just one mile to the top, but this is an arid landscape and the trail gains about 500 feet in elevation, so it is moderately challenging. Bring lots of water. The red and white lighthouse, built in 1909, makes a beautiful photo against the blue pacific. 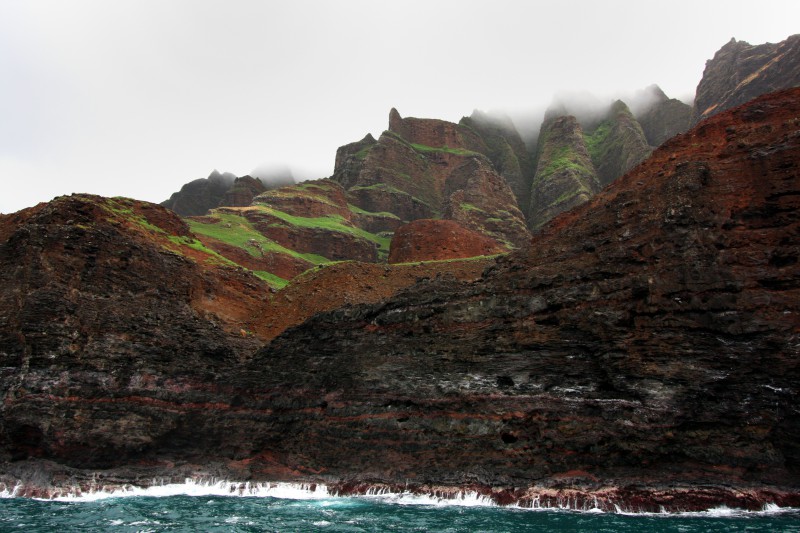 The Pali Lookout, just five miles northeast of Honolulu, is a site of deep historical significance. Named “Pali” meaning “cliff” in Hawaiian, the Pali Lookout is the site of the 1795 Battle of Nuuanu, where King Kamehameha I won a crucial battle in the war that united the Hawaiian islands under his rule. This tragic battle claimed hundreds of lives, as native soldiers were driven to the edge of the thousand-foot cliff and forced to jump off.

The Pali Lookout is also known for its strong howling winds. Standing on the edge of the stone terrace, you can feel and hear the force of the wind that drives up the cliffs from the windward coast. The view from the lookout is spectacular, from the distant ocean to the nearby mountain tops shrouded in clouds and mist. There is no entrance cost to visit the historic site, but if you drive up, expect a small parking fee.