A Farewell to Meat: Celebrate Carnival in the Caribbean

The month of February may be bleak, freezing and dreary in some parts of the world, but in the Caribbean, it’s Carnival time. Carnival is a month-long season of feasting, dancing in the streets and colorful parades that culminates just before Ash Wednesday in mid-February. The word “carnival” probably comes from the Latin “carne vale,” which means “farewell to meat,” from the Roman Catholic custom of giving up meat for Lent. Caribbean cultures celebrate this farewell in different ways. Here are a few of the highlights: 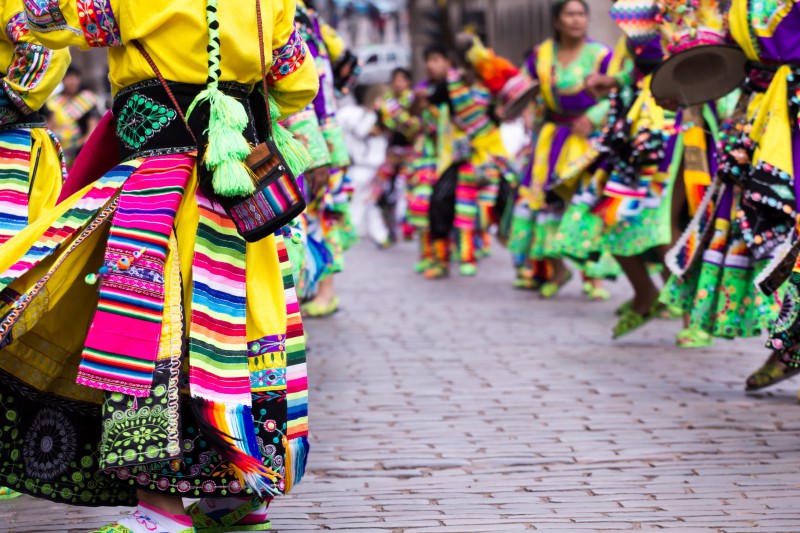 It is said that you have not lived until you’ve experienced the spirit of Carnival in Aruba. It is a spectacle of bright lights, colorful costumes and local steel band music. The extended celebration begins in early January and continues until the beginning of Lent in mid-February. People in colorful, elaborate costumes strut their stuff in street parties called “jump-ups” in both Oranjestad and San Nicolas. Loud calypso and reggae music rings out as parades and floats move through the streets.

The Grand Lighting Parade, held in early February (February 7, 2015), starts at 4am with the Jouvert Morning and Payama Party, the biggest jump-up party of the festival. That night, participants in costumes with twinkling lights join a huge parade that forms a magical nighttime procession through the streets. It all ends on the Sunday before Ash Wednesday with the burning of King Momo, a life-size effigy representing the flesh.

Officially, Carnival is the Monday and Tuesday preceding Ash Wednesday, but festivals, street parties and competitions begin right after Christmas. It’s a non-stop party. Calypso tents open their “flaps” to the public and soca music fills the air. (Soca is a local blend of calypso, cadence and soul developed in Trinidad in the 1960s.) You’ll see limbo competitions and music concerts put on by steelbands, or “steel pan bands.” On the Saturday night before Carnival, the best of the steelbands compete in a musical extravaganza called Panorama, performing before judges and thousands of spectators.

On Monday morning, called J’Ouvert, the streets of Trinidad are full by 4am of people dressed as demons and devils coated in mud, chocolate or paint (and not much else). Their gyrating dances are called “jumping up” or “wining” and are performed to loud soca music blaring from music trucks. It’s not a good night for sleeping. By Tuesday morning, costumed revelers begin to appear on the streets in feathers, bright colors, elaborate wings and head pieces.

Dominican popular culture comes alive just before the dark season of Lent. The three days prior to Ash Wednesday are filled with parades, costumes, music and dance all exhibiting the cultural influences of Spanish, African and native populations. One feature of the Dominican “Carnaval” is the annual appearance of certain costumed characters, including “El Diablo Cojuelo” (literally, devil teaser), masked characters with cow bells and little mirrors meant to mock the devil. They emerge from caves near the beach to harass the population in town. Watch out for these characters; they carry an inflated bladder (vejiga) used to smack the backsides of unsuspecting bystanders in order to drive out evil forces.

The costumes are professionally produced by Dominican’s most talented artists and feature capes, rattles, small dolls and religious symbols. The elaborate masks are made from paper mache. Many of the towns in the Dominican Republic have their own unique Carnival celebrations, but the oldest and most famous is El Carnaval de La Vega, in the town of La Vega. It is the most important cultural event in the province and features a fierce group of performers called the “Savage Beasts.”

There are agencies on the island, especially in La Vega, who can arrange a tour of the best parties and parades of Carnival and take you to the secret caves where the diablos emerge. If you take advantage of this service, be sure to stay with your group, and watch your backside!

Get to Know the Other Side of Egypt