What To Do On Your Vacation In Grenada

Grenada is a verdant, mountainous island in the Eastern Caribbean covered with spice trees and rare tropical blooms. Beyond the incredible beaches, the interior of the island is a volcanic mountain surrounded by a lush rainforest with roaring waterfalls and one of the prettiest mountain lakes in the world. Even the capital city of St. George’s is said to be one of the most picturesque towns in the islands. While you are enjoying the lush beauty of this Caribbean island, with its aroma of cocoa, nutmeg and cloves, there are some special experiences you may not want to miss. 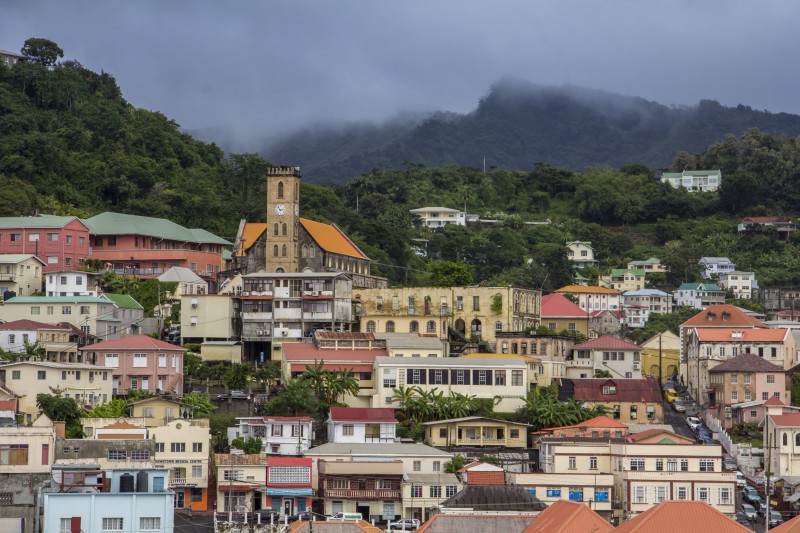 Leatherback Turtle Tours – The Leatherback turtle looks suspiciously like a dinosaur, and in truth, it may be one. The ancient species of the deep has existed in our oceans for more than 100 million years. One small population of female leatherbacks comes back every two years to the shores of Grenada to scoop out large nests in the sand and lay about 90 eggs before crawling slowly back into the sea. The endangered leatherback is fiercely protected by conservation groups on Grenada and during the season, the largest nesting regions – including Levera Beach – are closed after dark.

It is possible to see these huge lumbering reptiles coming up out of the ocean during the months of April, May and June on Grenada. Very tightly supervised Turtle Tours are offered in Levera National Park on the north shore of the island. A limited number of tourists are allowed on the beach after dark to sit in the moonlight and watch the huge Leatherback turtles bury their eggs in the sand. By the end of June, the last of the hatchlings have made their way into the sea.

The Reserve at Paradisus Palma Real

Dive to the Ill-fated Bianca C – The story of the Bianca C is a testament to the bravery and generosity of the people of Grenada. One Sunday morning in 1961, while the sleek Italian luxury liner was at anchor just off the southwestern coast of the island, an explosion deep within the ship’s engine room started a massive fire onboard. With nearly 700 passengers and crew, the Bianca C and all aboard were in great peril as the flames spread quickly. One crew member was killed instantly, and several others were badly burned.

A few lifeboats were loaded and launched with women and children only. On board, the crew decided to try and attract the attention of nearby ships for assistance and began to sound the fog horn. The residents of Grenada heard the puzzling fog horn on a clear morning and ran to the harbor to investigate. When the Harbor Authorities realized the ship was flying a distress flag, an urgent call went out to all boats in the vicinity. Fishing boats, pleasure craft, row boats, sailboats and dinghies all raced out to the stricken ship and despite repeated explosions within the ship, they came alongside the Bianca C and picked up passengers who descended from rope ladders. All but one were saved, and the injured were taken to local hospitals.

Two days later, the 600-foot long ship was still burning. Help came from a British frigate, the Londonderry, whose crew severed the anchor line of the Bianca C and tried to tow her out of the shipping lane. When she began to sink, they had to sever the towing line and let her go. Now lying on the bottom in 165 feet of water, the hulking shell of the Bianca C is one of the best warm water dive wrecks in the islands. Dive tours take only experienced scuba divers due to the great depth, but the dive offers a fascinating look at the huge ship along with Moray eels, barracuda and spotted Eagle rays.

Romantic Island Getaway – One more experience not to be missed in Grenada is the chance to land on and explore a desert island that is uncrowded, pristine and all-natural. It is called Sandy Island, located just five minutes from Paradise Beach in Carriacou by water taxi. If you’ve ever pictured a deserted sandy beach by an aqua sea, this is the place of your dreams. Sit on the sand, swim or snorkel and just enjoy a few hours away from civilization.

From the beach you’ll have panoramic views of the island of Carriacou, just to the east. Both islands are northeast of Grenada and accessible by plane or ferry. Once you get to Sandy Island, you’ll find a special kind of peace, where the natural flora and fauna were allowed to exist forever without intervention. The sand is silky and the clear water is aqua-blue. Because there is very little of civilization on the island, bring your own water and snacks along with sun protection. Don’t be surprised if you look around and find that you and your sweetie are the only ones on the beach.

Celebrate Carnival in the Caribbean

The Ins and Outs of All-Inclusive Vacations