Many visitors traveling to Germany have at least one or two historic castles they’d like to experience up close. With so many German Schlosses throughout the country, it can seem difficult to decide where to start. Read on to learn about the most famous, awe-inspiring castles of Germany and where you can find them. 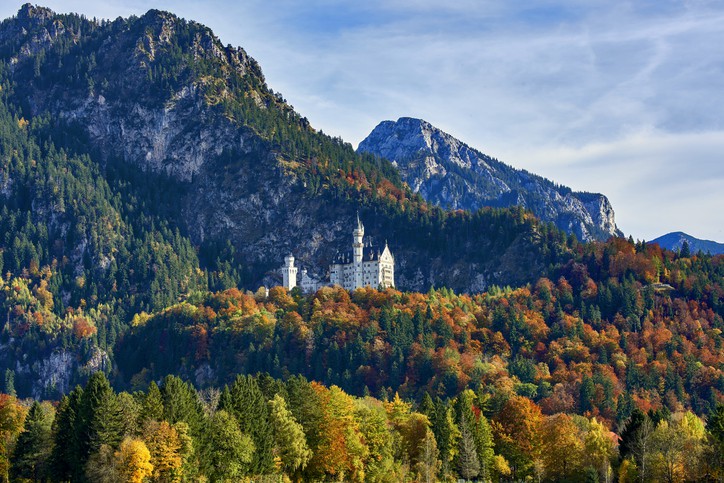 Part of the appeal of this Schloss is its location. Sitting high above a hilltop outside the town of Fussen and in the village of Hohenschwangau, this castle was home to its founder, Maximillian II, for many years. With rolling hills, trees a-plenty, and mountainous overlooks surrounding the castle, the site was used by the crown prince as his summer home and hunting lodge.

Anyone planning to visit Hohenschwangau should set aside enough time to visit all the rooms within the castle including the big ballroom, called “Heroes Hall”; the oriental room, which was designed with Moorish, Grecian, and Turkish style influences; the Hohenstaufen Zimmer, the king’s dressing room; The Berchta room, Queen Mary’s writing room; and the Tasso room, the king’s bedroom. 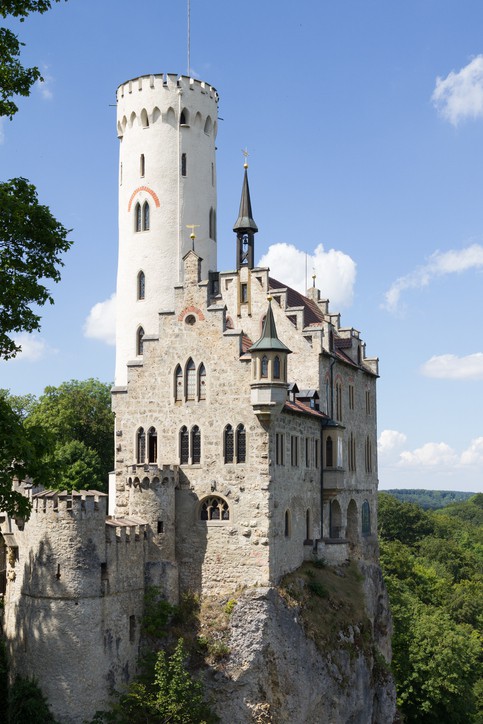 Although this German Schloss is not nearly as old as some of Germany’s other castles, this neo-gothic castle, located in the Swabian Alps, makes the list. First built in the 19th century, Lichtenstein Castle stands in the place of another castle that was first built in the 12th century but eventually became irreparable. Today, visitors of Lichtenstein Castle can walk the grounds and marvel at the vast collection of medieval weaponry throughout the castle. 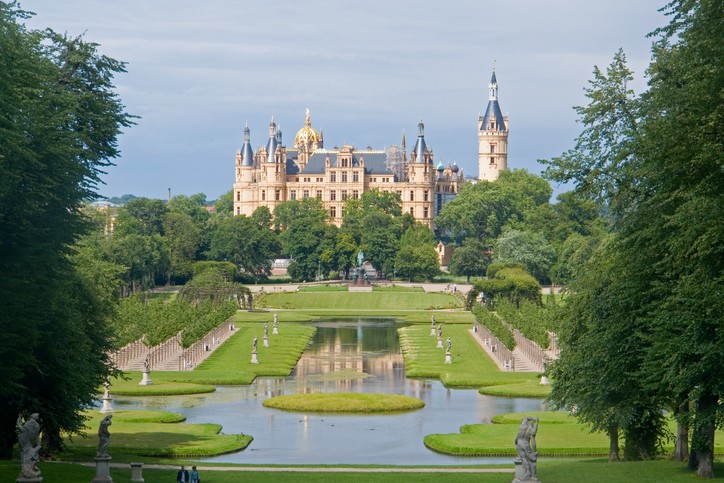 Reported to have first been erected in the 10th century, Schwerin Castle is a stately structure with multiple turrets and towers showcasing Germany’s extraordinary architectural ingenuity. Situated on an island in Lake Schwerin, this castle has served many purposes throughout the centuries. In its early years, Schwerin Castle is where the dukes of Mecklenburg resided. By the 20th century, it became a college; now, it is a museum open to the public. For any thrill-seeking travelers with a penchant for the paranormal, keep your eyes peeled for Petermännchen, the 17th-century ghost that is said to be wandering around the castle. 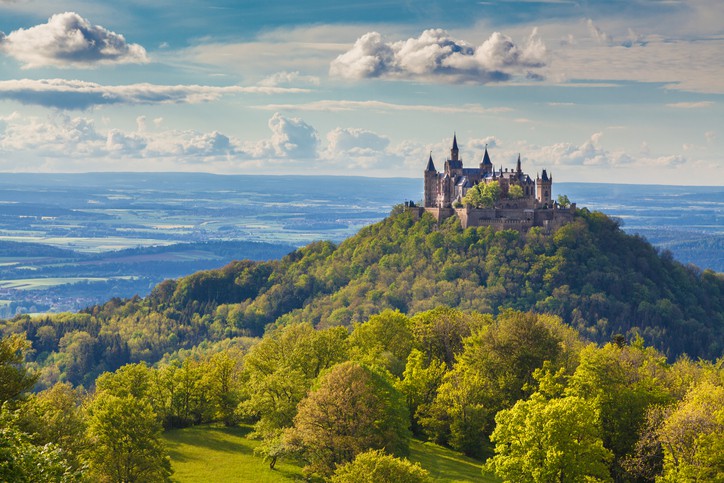 Possibly one of the most regal castles in the country with impeccable views, Hohenzollern Castle, situated atop Mount Hohenzollern, was first constructed in the 11th century. Many of the remains of the original castle were ruined throughout the century; the current structure was built in the 19th century by King Frederick William IV of Prussia. For many centuries, Hohenzollern Castle was home to the royal Hohenzollern family. Although the castle is privately owned, it has been converted into a museum that houses valuable remnants of history, including the crown worn by Prussian kings. Vsitors can find the castle by traveling 30 miles outside of Stuttgart. 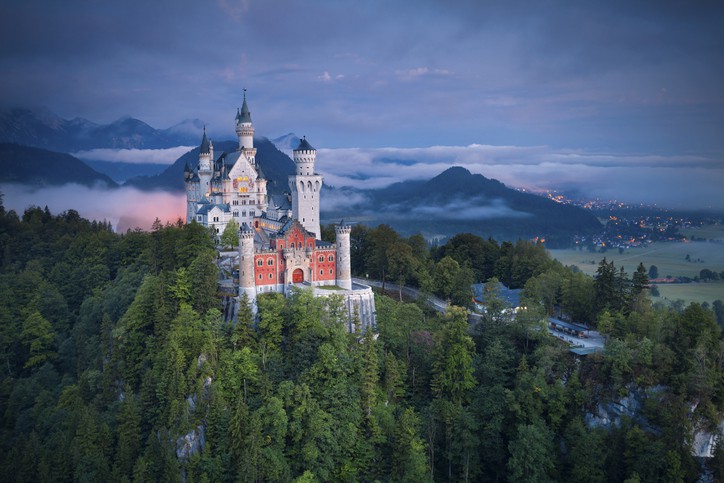 Neuschwanstein is arguably one of Germany’s most visited castles and certainly one of the most photographed. Like Hohenschwangau Castle, this Schloss is located outside Fussen in the Bavarian Alps. And unlike many castles in Germany, Neuschwanstein was not used for defense; rather, it was a place of luxury for King Ludwig II of Bavaria. So enchanting and fairy-tale-like is this castle that it inspired Walt Disney during the creation of the animated classic Sleeping Beauty. Today, visitors can explore the many floors throughout the castle and swoon over the beauty of each painting and chandelier along the way.