Biggest Attractions in the Big State of Texas

Biggest Attractions in the Big State of Texas

From the seaport of Galveston, to the western border town of El Paso, to the metropolitan centers of Dallas and Fort Worth, Texas attracts millions of visitors each year. In fact, tourism is the second-largest industry in the state after oil and gas. What are all those people coming to see?  Here are a few of the best attractions in Texas, in no particular order.

It was 1836, and the state of Texas was fighting for independence from Mexico when the little town of San Antonio de Bexar became the target of a brutal Mexican general named Santa Anna. Several months previously, the “Texians” (as they called themselves) had driven the Mexicans out of Texas and Santa Anna was determined to retake the territory. 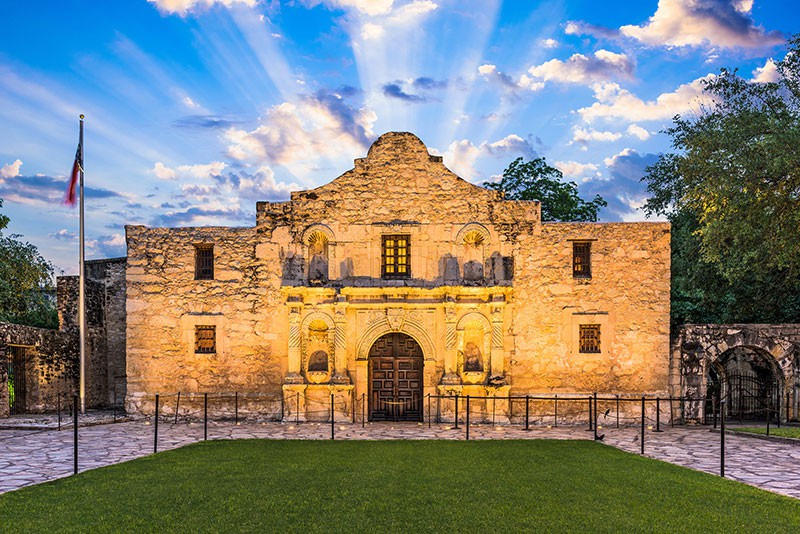 Bexar was a strategically important town because of its position near the San Antonio and Rio Grande Rivers. However, fewer than 100 men were there to defend the fort, later joined by 60 reinforcements. On the morning of March 6, Santa Anna’s army of 2,500 men made three attempts to retake the Alamo. Remarkably, the tiny force inside beat them back for hours with cannons and muskets, but the third attempt succeeded and Mexican soldiers poured over the walls and breached the gates.

All of the defenders were killed except for a few women and seven men who asked to surrender. Santa Anna executed the men. One was rumored to be the popular frontiersman Davy Crockett. Another famous American killed in the battle was Jim Bowie, who was sick in bed that day and died defending himself with his signature “Bowie knife.”

“Remember the Alamo” became a rallying cry for a war the Texians eventually won. The fort was restored and stands in downtown San Antonio as a historic monument to bravery. Visitors to the fort are moved by learning the story of the intrepid soldiers and seeing the reconstruction of the mission-style building, now a World Heritage Site. 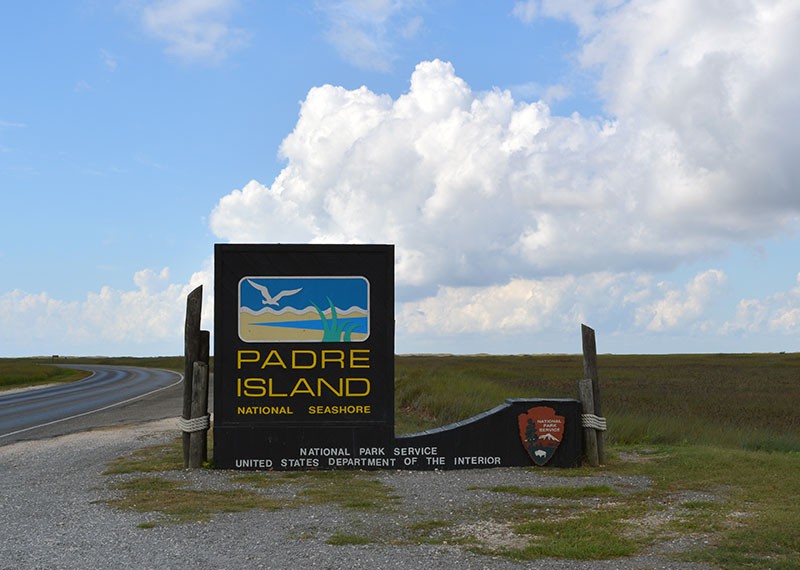 The longest undeveloped barrier island in the world sits below the southern coast of Texas. South Padre Island is around 70 miles long and now hosts a national park, Padre Island National Seashore.  The park protects the coastline, dunes, prairies, and tidal flats along with their vulnerable wildlife.  It is a safe nesting ground for the endangered Kemp’s Ridley sea turtle and a haven for over 380 bird species.

Tourists to the park enjoy the tropical climate, and many refugees from northern states have settled  nearby, especially for the winter months. The barrier island protects a large salt water lagoon, the Laguna Madre. Kayakers can paddle along the lagoon and encounter both long-legged shore birds and wriggling marine life in the clear water below.

If you enjoy an “in tents” experience, there are two tent campsites within the park and a few primitive beach camping areas along the gulf and lagoon shorelines. The morning vistas of Gulf waters in the sunrise are well worth the discomfort of spreading your sleeping bag on a sand dune.

If you visit from mid-June through August, you may be able to see a “hatchling release,” which means you can watch tiny turtles exiting their eggs and “swimming” through sand to reach the surf. The dates of these events are unpredictable, as most birth dates are, and there is a Hatchling Hotline to announce public releases (361-949-7163).

The number one attraction for international visitors to Houston is the Space Center. After the movie Apollo 13, the phrase, “Houston, we have a problem” became a cliché for all mishaps around the country, and “Houston, the Eagle has landed,” would come to signify success. 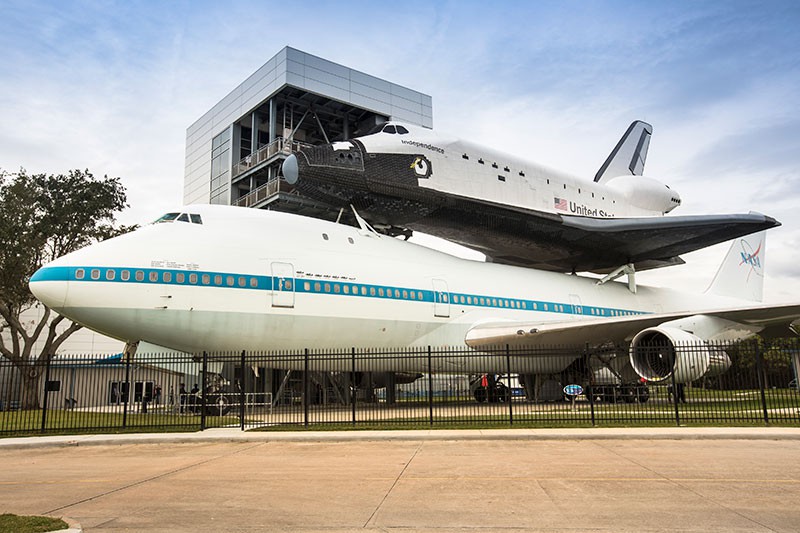 The Manned Space Center opened in 1963 with Gemini IV as the first flight controlled from Houston. When the Apollo program took its place, the center became a hub of activity as they adopted the national goal set by President Kennedy in 1961: landing men on the Moon and returning them safely within the decade of the 1960s. It was the MSC in Houston that received the first transmission from Neil Armstrong on the lunar surface.

The Official Visitor Center of NASA Johnson Space Center offers a fun educational complex and a space museum. The museum has the world’s largest collection of moon rocks, and offers a chance to get behind the scenes at Mission Control. The museum displays change often, but two permanent interactive exhibits stand out: the “Mission Mars, Deep Space Era” and the NASA Tram Tour take visitors through the history of manned space travel and into the future.

Before leaving Texas, we should visit one more national park, Big Bend. Once a remote wasteland reached by miles of dirt and gravel roads, Big Bend National Park has become one of the most popular destinations in the state of Texas. An average of 400,000 visitors come to this area each year for its scenic vistas, diverse wildlife, and historic sites. 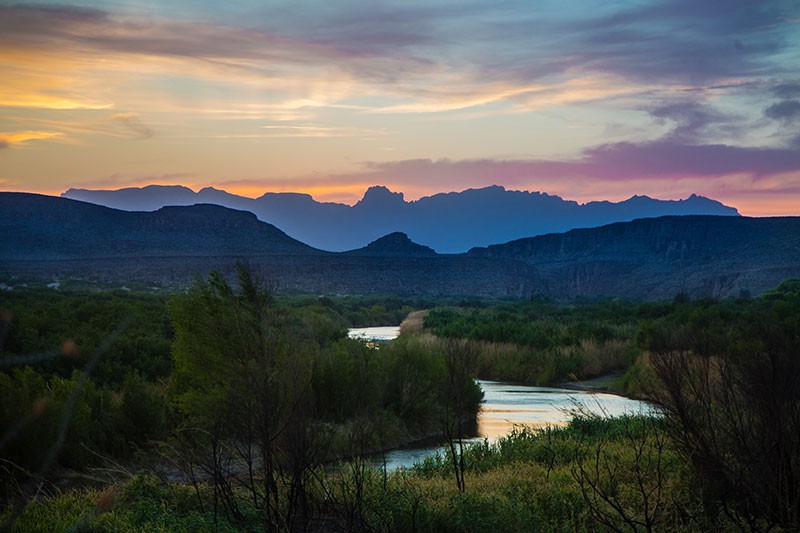 The 800,000-acre park has a little bit of everything: inhospitable deserts, soaring mountains nearly 8,000 feet high with their forested slopes, and the wild Rio Grande River coursing through massive canyons. It can’t be explored in a single day, but there are scenic drives, guided river tours, and day hikes that will take you to some of the highlights.

If you’re suffering from any ailment, you can even find a miracle cure in the hot springs of Big Bend. Take a drive to the historic ruins of Daniels Ranch and walk for a quarter-mile along the river to reach the springs. You can explore the abandoned post office and bath house, then soak your tired bones in the 105-degree healing waters.