Best Golf Courses in the World

If you are a golf enthusiast, you may have a favorite course or a few of them. Some golfers make a point of booking travel near the world’s best golf courses so they can play the most beautiful or the most challenging courses in the world. We came up with a list of the superlatives of golf courses, from the beautiful to the strange.

Most Beautiful Golf Course in the World 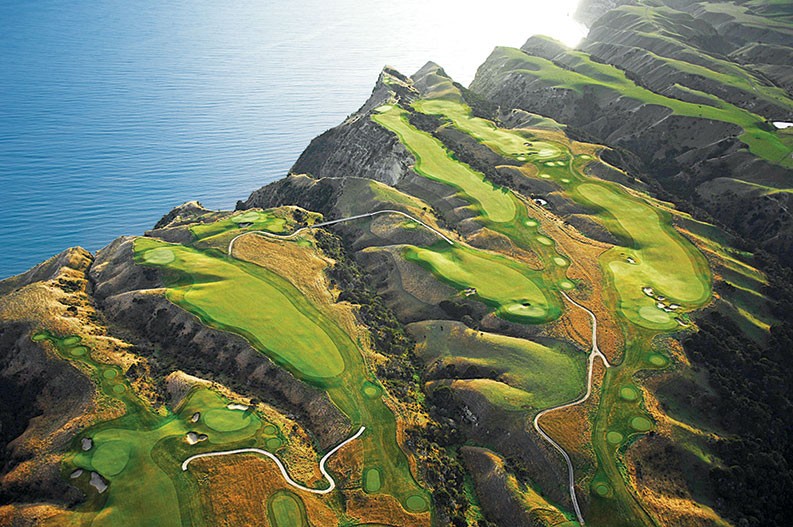 Cape Kidnappers, Hawke’s Bay, New Zealand – It’s hard to imagine a more dramatic landscape for a golf course than this coastal plain high above the cliffs of Hawke’s Bay, New Zealand. The region is known for its vineyards, orchards and farms, and the green hills stretch out along the horizon above the fairways. On one side, the steep cliffs drop off to the ocean below. The course, designed by Tom Doak, is built on a series of ridges and valleys, and is considered one of the great modern marvels in golf.

One highlight is the par 5 fifth hole, Pirate’s Plank. It lies on a narrow spit of land with steep drops on both sides. The Pacific Ocean is 800 feet down, and if you overshoot the green, your ball will sail off the cliff and land in the ocean below. Then there’s the terrifying 15th hole where you stand at the tee and view a heart-stopping drop off to the left above a frothy sea. It is said to be one of the most difficult golf holes in the world. 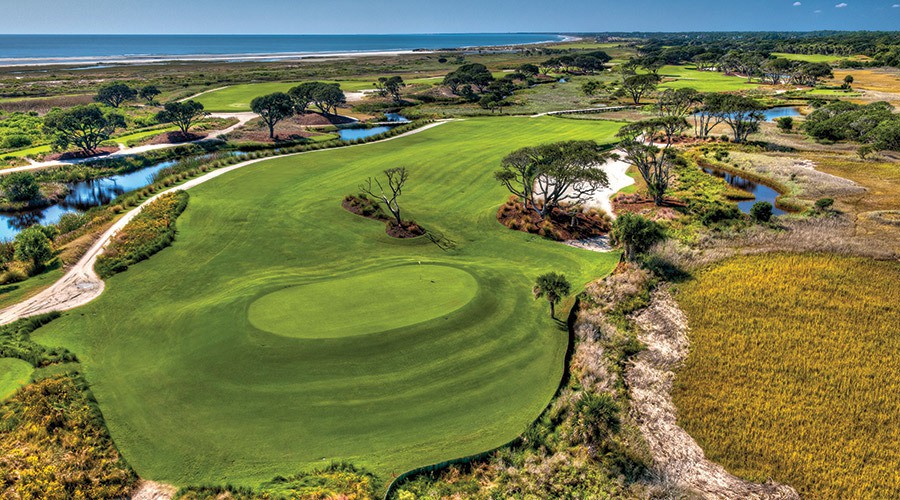 The Ocean Course, Kiawah Island, South Carolina, U.S. - Golfers say the architect of this oceanside course in South Carolina is a sadist. In fact, Architect Pete Dye is called the “Marquis de Sod.” This course faces the rising sun, making early morning play difficult. There are turtle-back greens, huge sand dunes, marshes and troubling pot bunkers. But the real devil here is the ocean breeze. Winds kick up almost every day, enough to ruin a good score. There are five courses at Kiawah Island Resort but the Ocean Course is by far the most challenging. High-handicap players are advised to stay off the course and just have a nice meal in the restaurant.

Up To 50% Off Bermuda Hotel Rates

Nullarbor Links is said to be the longest golf course in the world. It is an 18-hole, par 73 course stretching almost 850 miles along the Eyre Highway in southern Australia. The course includes one hole in each participating town or roadhouse along the Eyre Highway, from Kalgoorlie in Western Australia to Ceduna in South Australia – across two different Australian states. Each hole includes a green and tee and a rugged outback-style natural fairway.

The average distance between holes is 41 miles, and the longest hole is the par 5 Dingo’s Den, at 588 yards. At the Skylab Hole, named for the pieces of the orbiting station that fell here in 1979, the instructions tell golfers to watch for snakes. At the Dingo’s Den hole, golfers are warned that there is a crow that will steal your balls. They suggest spraying the balls with “something smelly.” When the course is completed and each hole is stamped on the official score card, golfers can get a completion certificate at either the east or west end of the course.

If you like to golf up near the clouds where there is little oxygen, there are a couple of courses you might love. The highest altitude golf course anywhere is the Yak Golf Course and Environmental Park at an elevation of 13,025 feet above sea level. Located in Kupup, East Sikkim, India, this course is actually a part of an Indian Army base and measures 6026 yards long. The course has difficult fairways meandering across roaring mountain streams. Golfing skills and physical prowess are both tested at this mountain location. The season for golf doesn’t open until mid-May, and even then it can be a chilly game. Special permission is required to play here, and it is recommended that you are acclimatized before attempting a round. Senior players may want to hire yaks to caddy for them. 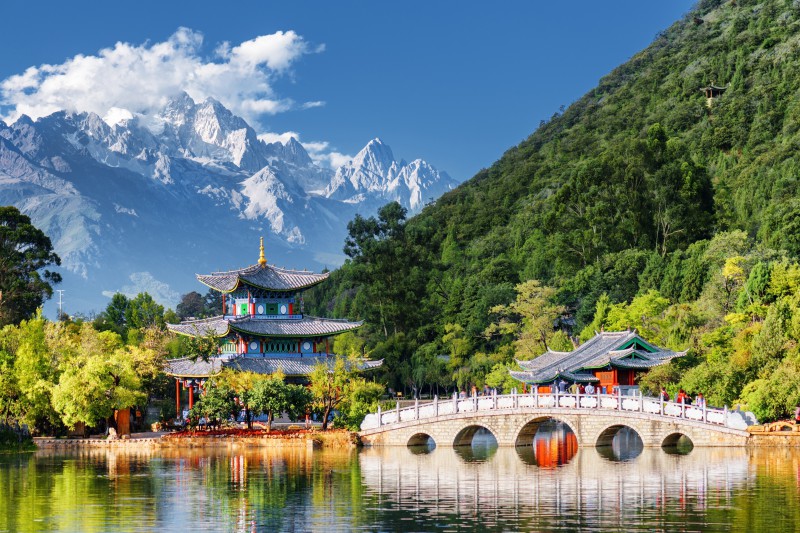 Since the Yak club requires special permission, it is worth mentioning the second highest golf club in the world. Jade Dragon Snow Mountain was built in the Himalayan Mountains at 10,000 feet above sea level in Yunnan Province, which is located along China’s southwest border with Myanmar and Laos. Dramatic alpine views and steep climbs characterize this difficult course, and the lack of oxygen may cause dizziness, headaches or nosebleeds.

Furnace Creek Ranch in Death Valley could also be called the hottest in the world. Aptly named, this furnace in the summer often reaches temperatures above 120 degrees, and there is little water in the desert landscape. Still, people like to brag about playing a round here at an elevation of 214 feet below sea level, where the record temperature (134 degrees) is the highest ever recorded in the Western hemisphere.

There isn’t just one golf course with the title, “Strangest Golf Course in the World.” Some perfectly normal courses have a strange hole here and there. Here are just a few that our research uncovered:

Brickyard Crossing Golf Club in Indianapolis has four holes inside the track at the Indianapolis Motor Speedway.

Hans Merensky Golf Course in South Africa sits next to a wild animal sanctuary named Kruger National Park. It is literally overflowing with wildlife, and it’s not unusual to be playing around a herd of giraffes or zebras, or the occasional elephant. Their motto? “Golf in the Wild.”

La Jenny Golf Course in Aquitaine, France is the only place in Europe where you can play in the nude. The course is run by “naturists,” who don’t mind if you free yourself of clothing and inhibitions.

North Star Gulf Club in Alaska, the northernmost course in North America, hands out a wild animal checklist along with the score card. You can check off sightings of bald eagles, moose, coyotes, muskrats and grizzly bears.

Coeur d’Alene Resort Golf Course in Idaho has a floating green on the 14th hole, sitting 150 feet from shore on Lake Coeur d’Alene. How do you get out there? You take the resort shuttle boat, of course.

Legend Golf and Safari Resort in South Africa has 18 perfectly normal holes that make it the longest course in S. Africa. But the 19th hole is a little unusual. You have to take a helicopter ride to reach the 1400-foot high tee, and the green is far below in the shape of Africa. Video and tracking equipment help you keep track of your ball.

Camp Bonifas is a golf course with just one hole, but it is situated between North and South Korea. It is the most dangerous hole in golf. It’s surrounded on three sides by mine fields and sits next to the most fortified border in the world. You'd really need to love golf to venture past mines and fortifications for the chance to play one hole.