Posing To Take a Selfie When Traveling Can Be Dangerous

Taking a solo picture of yourself in a beautiful backdrop while you travel is not a new phenomenon. However, the latest trend, rather than asking someone to take the photo for you, is holding up your smartphone as far from your body as possible to take it yourself. (Hence the emergence of the word “selfie.”) There’s even a ridiculous yet somehow popular song dedicated to this practice called “Let Me Take A Selfie.” What are the benefits to this practice you may ask? You get a cool photo, flattering angle, and will fit right in with today’s young generation. The downside? You look up and stare at your screen to get the perfect positioning while ignoring your surroundings, possibly taking your life into your hand, literally. 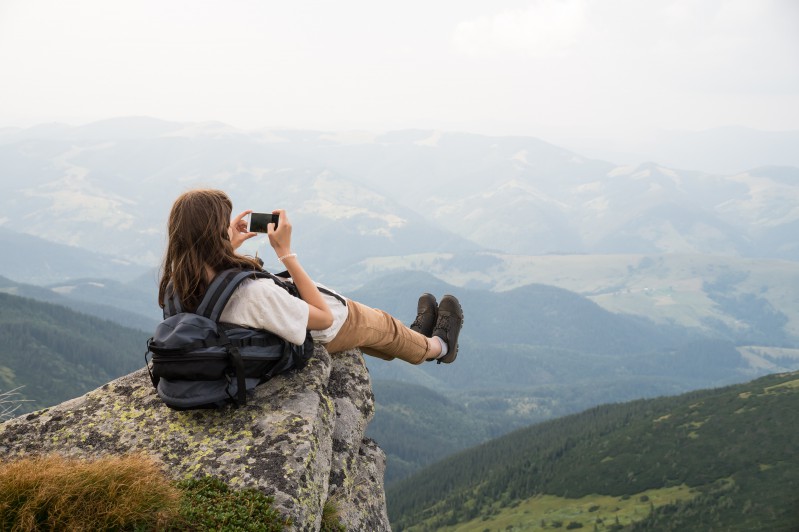 Selfie deaths are on the rise as the path to taking the ultimate selfie gets ever more dangerous. There were actually more deaths in 2015 from selfies than from sharks.

Here are four of the most dangerous places to take a selfie… don’t try these while traveling, kids.

At Almost Any Tourist Hotspot in India

Did you know that India is the number one country in the world for selfie deaths? According to Conde Nast Traveler, nearly 40 percent of selfie deaths in the past 3 years have occurred in India. One man died after falling down a flight of stairs while trying to take a selfie at the Taj Mahal. Two teenagers drowned (and another man who tried to save them) after falling into the ocean while trying to take a selfie on the Bandstand Promenade in Mumbai. Three students on their way from Agra to the Taj Mahal were hit and killed by a train while attempting to take a selfie on the tracks. In response, the government has actually created “no-selfie zones” in about 16 different areas. Travelers who disobey these rules can be fined by local authorities.

During Running of the Bulls in San Fermin, Spain

Every summer, daredevils participate in the Running of the Bulls in the city of Pamplona. During the event, six bulls are released, and for over 900 yards, these bulls run alongside crazy humans at an average speed of 15 mph. Whether it’s for the thrill, the memory or fluffing up the ego, hundreds of men and women take their chances for the rush of adrenaline. Common sense would say it’s dangerous for anyone to attempt to take a selfie while running full speed ahead. But add that to the precarious scenario of running while a wild animal with sharp enough horns to gore you chases you, I think that’s enough to make this list. Selfies have actually been banned from this event, which is referred to in Spanish as encierro, and the government is serious about enforcing it. One man had to pay the equivalent of about $4,000 after taking a daring selfie he (and his bank account) won’t ever forget. Luckily he survived to tell the tale.

Atop Beautiful Cliffs Across the World

It seems that people just can’t help themselves when it comes to scenery shots high off the ground. Since they’re looking up at the screen to position their bodies, instead of behind them, many people stand too close to the edge to get the ultimate shot. Though a picture may be worth a thousand words, a picture is certainly not worth your life. Selfie deaths have been cited after travelers have fallen from the Northcliff Hill in South Africa, Crater of Mount Merapi in Indonesia, cliffs in Nusa Lembongan near Bali, Lion Rock in Hong Kong, and the cliff of Cabo da Roca in Portugal, among others. Beautiful photos can be taken without having to stand so close to the ledge, people! Leave a comfortable distance before looking up to snap(chat) that photo.

Near Wildlife at National Parks 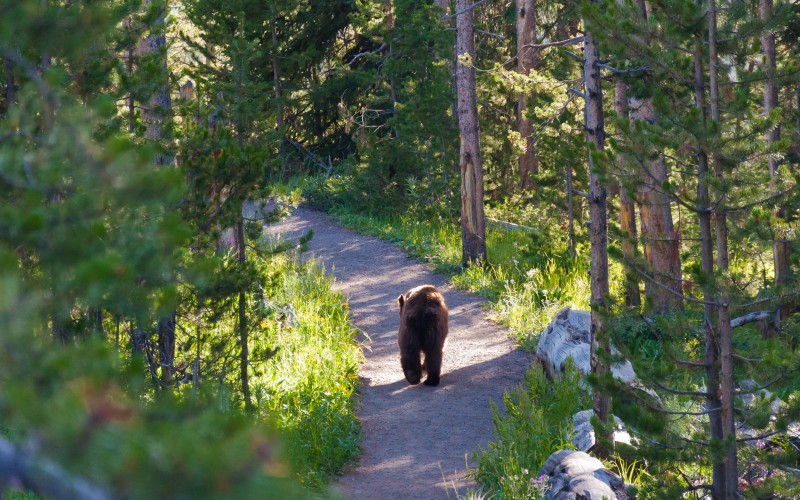 Some of these may seem obvious but don’t be surprised by what risks people will take for the chance at a viral selfie. The number of people posing for selfies with black bears, bison and other wild animals at our national parks has been increasing, and park staff is trying their best through education to tell visitors to stand back. Videos all over YouTube show tourists getting out of their cars in the middle of the road to approach wild animals in our national parks. Not only does this pose a threat to humans, but it is also dangerous to the animals. There seems to always be a constant stream of stories involving situations where tourists at Yellowstone get too close to these wild animals in order to take pictures (or even pet them!). One baby bison at Yellowstone had to be euthanized this week after tourists put it in the trunk of their car for fear it was too cold.

Don’t get me wrong, selfies are a great way to freeze amazing memories of yourself at incredible destinations all over the world. Just be smart about how far you’ll go to get what you assess to be the perfect picture. Those couple of inches of extra space you leave will make no difference to the selfie but could make all the difference in sparing a life. Plus it means you’ll have the opportunity to continue taking selfies wherever the path may lead. Get out there and selfie safely, travel enthusiasts!

7 Tips to Save Money on Travel

Best Places to Visit in Spring

The 5 Ws on Aruba