Catalina Island – The Antidote to L.A.

Catalina Island - The Antidote to LA

Just twenty-two miles off the coast of Los Angeles, Santa Catalina Island is a perfect antidote to LA’s metropolitan vibe. It is known as a place to hike, dive, snorkel, view wildlife and breathe some fresh ocean air. It has a mountain peak, Mt. Orizaba, that provides panoramic views of the surrounding islands and the endless blue Pacific. 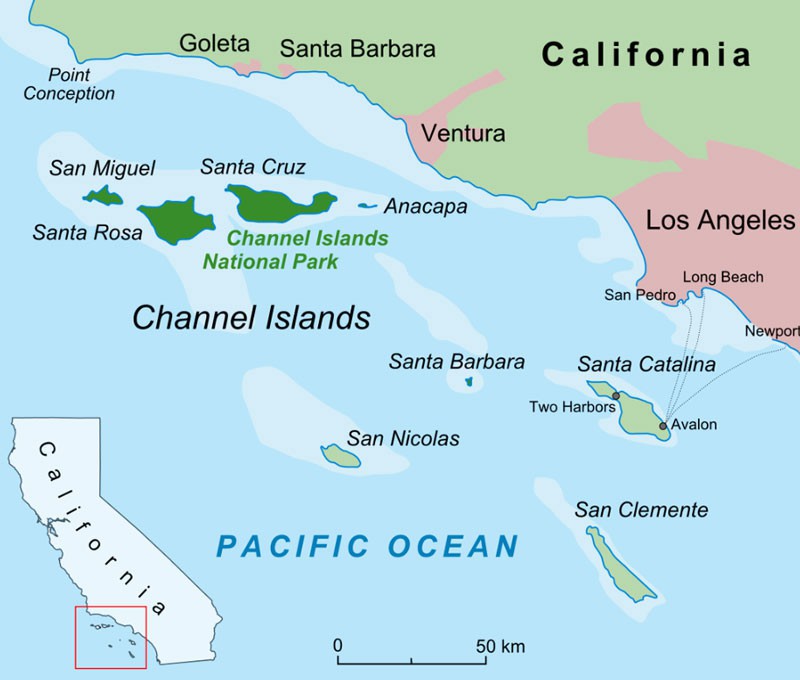 Catalina is part of the Channel Islands of California, which include the five islands to the north designated as Channel Islands National Park; and San Clemente and San Nicolas Islands to the south and west. The waters around the northern islands are protected marine sanctuaries, where migrating whales can be seen all year long: gray whales in the winter, and the huge blue whales and humpbacks in the summer months.

Catalina Island has more than 4,000 year-round residents, mainly living in two cities: the quaint port city of Avalon on the southeast coast, and the resort town of Two Harbors to the north. Visiting the island from Los Angeles is easy: It’s about an hour’s ferry ride from the Port of Los Angeles, Dana Point or Long Beach harbors. Both Catalina Express and Catalina Cruises conduct multiple runs to the island every day.

How to Discover the Essence of Catalina Island

The highest point on Catalina Island is Mount Orizaba, a rocky cliff rising out of the ocean surf on the eastern side of the island. The height is debatable, but most measurements put it just under 2,100 feet. There are few trees near the top of this lofty peak, so the views are breathtaking. On a clear day, you can see the coast of California and the San Gabriel mountains, and looking southwest, sometimes San Clemente Island is visible. 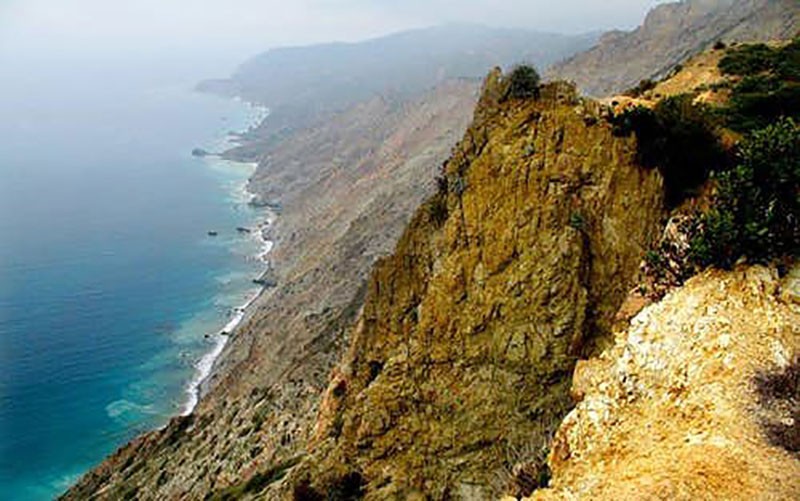 The trails begin in the dusty hills in the interior of the island, about a 20-minute bus ride from the town of Avalon. The Mount Orizaba/Black Jack Junction trail starts out as a fire road, passes a campground turnoff and continues up to the two peaks. Black Jack Mountain is slightly lower than Orizaba and sits just to the south. As you climb, you’ll see lots of bison and few people. Despite the moderately easy hike and gorgeous views, it is not a popular site for tourists.

Stay at the Wrigley Estate

The Inn on Mt. Ada, once the home of chewing-gum magnate William Wrigley, Jr., is now operated as a 6-room bed and breakfast inn. It is open to the public for breakfast and lunch, so even if you can’t get a room here, do come for a visit (with a reservation). The view from the wraparound terrace is amazing, and the current hosts love serving afternoon cocktails and telling the stories of the Wrigley family. 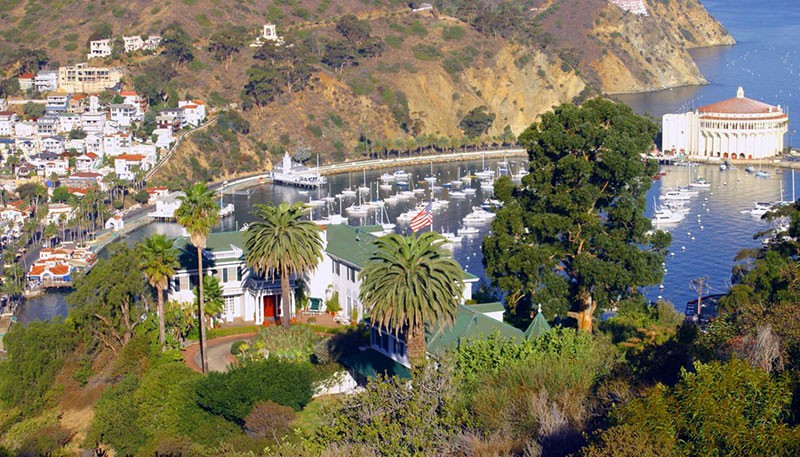 William Wrigley, Jr. traveled to Catalina with his wife, Ada, and son, Philip in the early 20th century. Wrigley fell in love with the island and, in 1919, bought out nearly every shareholder of the Santa Catalina Island Company until he had a controlling interest. Wrigley devoted himself to preserving and promoting the island, investing millions in steamships to carry tourists, all the needed infrastructure and several hotels.

In 1921, Wrigley built the Georgian Colonial mansion overlooking Avalon on Mount Ada, which he named after his wife. It was in a perfect location for monitoring his work in the busy harbor and town below. The family called it the Summer Cottage and lived there off and on as a summer retreat, even after William’s death in 1932. Ada Wrigley visited until 1947, and their son Philip continued with the work of his father to develop their treasured island getaway. The house itself was donated to the University of Southern California and has been leased since 1985 as a luxury hotel.

In 1972, in a philanthropic gesture, the Wrigley family deeded 88 percent of Catalina's land to the Catalina Island Conservancy, including 50 miles of coastline and 42,000 acres. So the beauty of the beaches, rugged cliffs and the wild hillsides is forever protected.

One more attraction to enhance your visit to Catalina Island is the two-hour zip line tour that traverses Descanso Canyon. The five separate zip lines start high in the hills over Avalon and carry tourists in safety harnesses through several eco-stations along the route. One run is 1,100 linear feet long all on its own, and the entire trip is three-quarters of a mile. You will reach a speed of 30mph at heights as much as 300 feet above the canyon floor.

At each eco station along the way, your hosts will give you a presentation on some of the unique and interesting aspects of Catalina Island, its wildlife, history, and the areas you are passing through. These presentations are definitely worth the terror of stepping off that first platform, where you’ll look down at the treetops before a steep and death-defying descent.

Los Angeles Hotels: How to Bask in the City’s Iconic Luxury